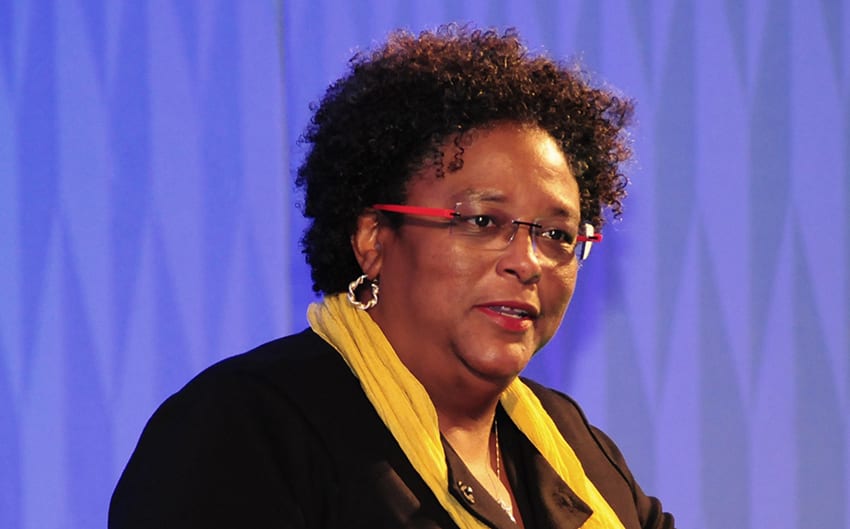 Prime Minister Mia Amor Mottley is paying an official three-day visit to the Republic of Suriname from today, Wednesday, November 14, to Friday, November 16.

Ms. Mottley has underscored the importance of her visit, saying relations between the two countries would be strengthened. “Closer cooperation with Suriname in the areas of trade and investment, agriculture, energy and education and training would be in Barbados’ interest. In addition, Suriname’s strategic position between Latin America and the Caribbean presents significant potential for exports from Barbados,” she pointed out.

Noting that the two countries shared similar goals, the Prime Minister stated that Suriname was focusing on removing identified weaknesses, for example, enacting more business-friendly legislation and improving the ease of setting up business.

Barbados and Suriname established diplomatic relations in March 1978. This friendship was strengthened in February 2005 with the signing of the Agreement for the Deepening of Bilateral Cooperation between both Governments.

This Agreement provides for joint action in several areas, including trade and investment, agriculture, housing, the environment, education and training, science and technology, marine affairs, culture and sports. It also made provision for a Joint Commission to facilitate implementation of the agreement via the execution of projects.

Those accompanying Prime Minister Mottley on the official visit include Minister of Foreign Affairs and Foreign Trade, Senator Dr. Jerome Walcott and Special Adviser to the Prime Minister on International Business, Ben Arrindell.

While Ms. Mottley is on official business in Suriname, Minister of Housing, Lands and Rural Development, George Payne, will perform the functions of Prime Minister.