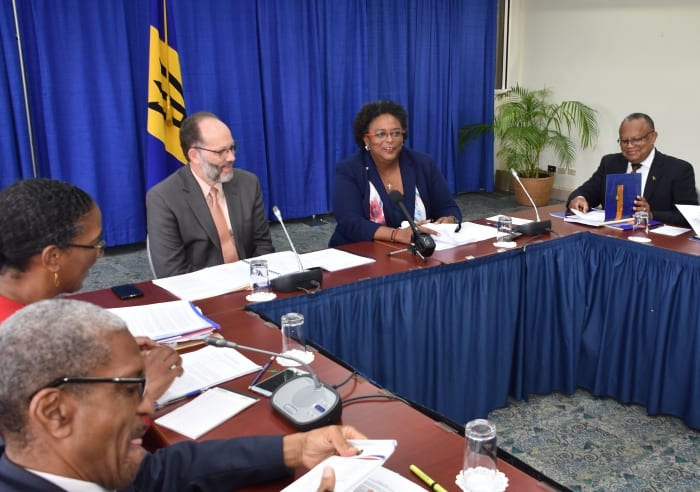 Prime Minister Mia Amor Mottley will continue to push for the implementation of the CARICOM Single Market and Economy (CSME) this week, when she holds another round of talks with CARICOM Secretary General, Ambassador Irwin LaRocque in Barbados.

Discussions on Friday are expected to focus on the key CSME matters to be addressed at forthcoming meetings of the Council for Finance and Planning, and the Prime Ministerial Sub-Committee on the CSME. These meetings will be held in Barbados in September 2018 while the Special Meeting of the Conference on CSME, will take place in Trinidad in November.

During the closed-door talks, which will also be attended by some members of Cabinet, Ms. Mottley and Secretary-General LaRocque are expected to outline how resources can be mobilised across the Community to advance these initiatives.

During the 39th Regular Meeting of the Conference of Heads of Government, it was noted that Prime Minister Mottley, who has lead responsibility for the CSME, will meet on a monthly basis with the CARICOM Secretariat to advance the régime.