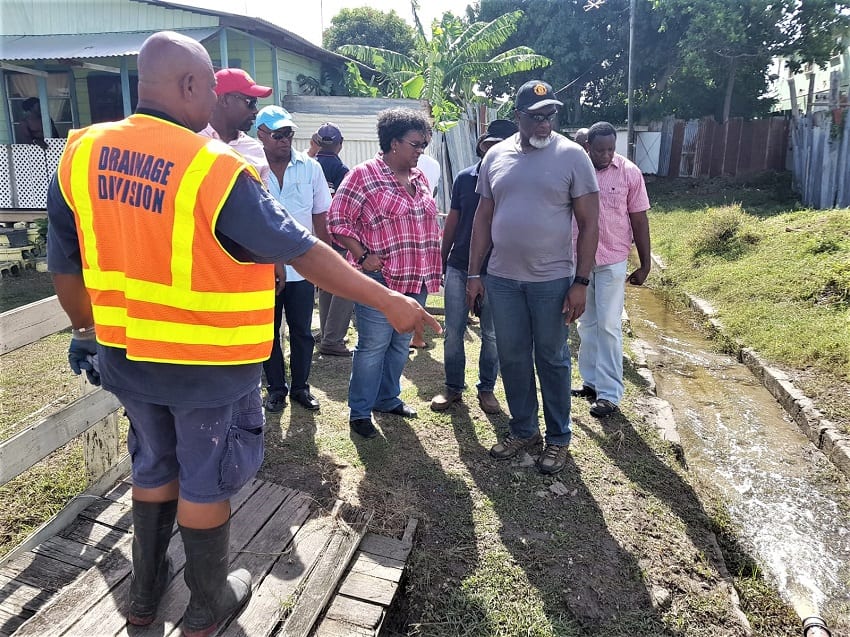 Prime Minister Mia Amor Mottley is firmly of the view that there should be a national effort at least four times a year to clean up this country.

In addition, she wants Barbadians to get to the point where they take responsibility for their surroundings and clean them.

Ms. Mottley made the comments on Saturday after touring Chapman Lane and Pondside, The City; Wotton, Christ Church; and Ruby Tenantry Road, St. Philip, which were recently flooded as a result of the passage of Tropical Storm Kirk.

She told the media that it was necessary for Barbadians to understand that the world was changing.  She said there were some things that the country would never be able to fight and prevent on its own.  However, she stressed that cleaning up Barbados was something that could be done together, especially since that action would make a significant difference.

“I want to be able to meet with Cabinet for us to discuss how we can have a better decentralized system where communities and households, not just Government, help us in this effort to keep Barbados clean,” she stated.

Ms. Mottley said simulation exercises would be conducted early in the New Year so residents in communities know how to prepare; where the sick, elderly and vulnerable live and how to assist them; among other things.

She stressed that Barbadians of all ages and at all levels of society had a responsibility to take hurricane preparedness seriously.