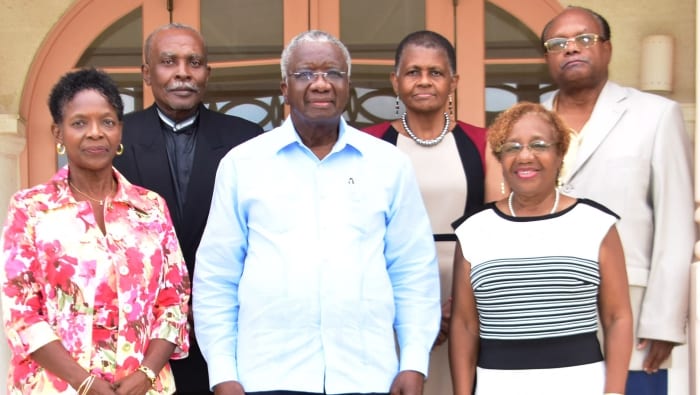 Prime Minister Freundel Stuart has again praised the public service, saying that if it continues to pursue standards of excellence and put the service of the public in the forefront, then Barbados will make greater leaps forward.

Mr. Stuart said that while public servants should pay due attention to the need for expediting their decision-making, they should not sacrifice the standards that made Barbados a great nation.

He made the comments recently, as he delivered the feature address at a celebratory luncheon at Lion Castle Polo Pavilion, St. Thomas. It was hosted by the Committee of Permanent Secretaries and Officers of Related Grade for recently retired senior public officers.

Mr. Stuart said he had worked directly with, or interacted with the retirees, and thanked them for their “substantial and enriching contribution” to the development of Barbados.

“I can say without fear of contradiction, and certainly with an immeasurable pride, that they held aloft all those standards which we have held dear in the public service of Barbados, and whatever they were called upon to do, they made sure that they did not sacrifice a commitment to excellence and the pursuit of high standards to any resort to short-term expedients….

“I believed, and still do, that I was functioning in an environment of people who have Barbados’ best interest at heart, and who are interested in giving the best advice possible to their Ministers.” 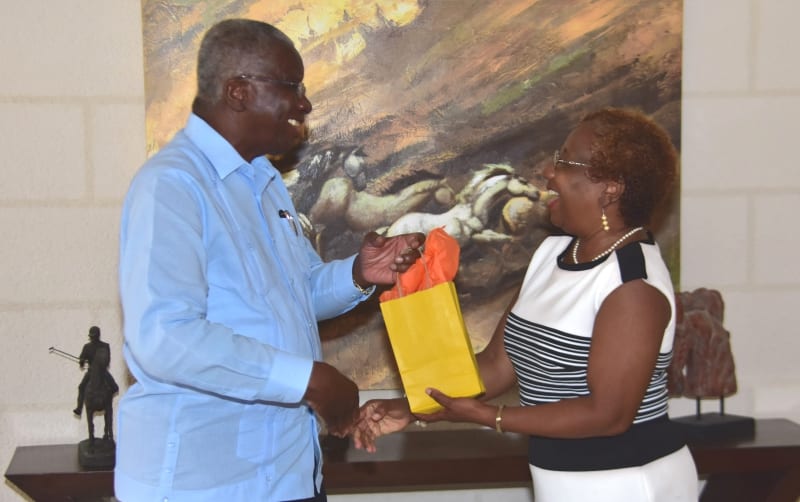 Prime Minister Freundel Stuart sharing a light moment with his retired Permanent Secretary, Sonja Welch, as he presented her with a gift at a celebratory luncheon for recently retired senior public officers at the Lion Castle Polo Pavilion, St. Thomas. (C.Pitt/BGIS)

The Prime Minister added that he continued to benefit greatly from the contributions being made to the country by present Permanent Secretaries and Officers of Related Grade.

“I am quite impressed by the quality of work that you do in your various departments. When I hear people from the private sector crying down the public service and giving the impression that all the problems in Barbados can be traced to an inefficient public service, I have to stand up and make it known that that is not my experience…,” he stressed.

During the welcome address, Acting Head of the Civil Service, Dr. Louis Woodroffe, said the retirees had made a significant contribution to national development, and they had significant expertise from which public servants could learn.

Dr. Woodroffe suggested that there was a need to establish an association of retired public officers, so those in the system could benefit from their expertise.

Prime Minister Stuart agreed, saying that when public officers retire, the country lost their sagacity and intelligence. He suggested that the formation of an association of retired public officers would provide an opportunity for the service to draw on their vast experience and wisdom.