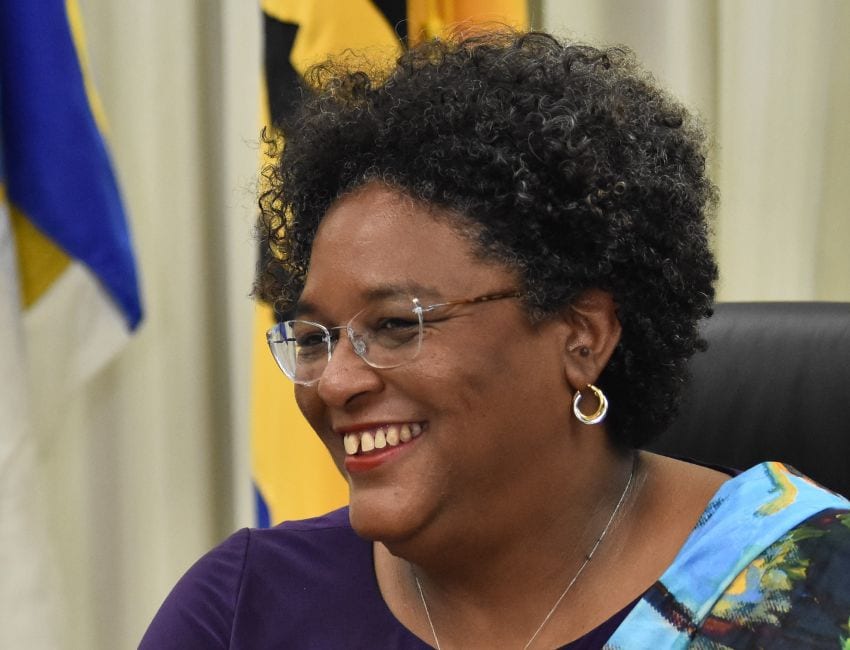 Ms. Mottley said the announcement was an indication that this country’s economic situation was improving with the introduction of the Barbados Economic Recovery and Transformation Programme. However, she stressed that Barbados would not rest on its laurels because it was not yet where it should be.

The Prime Minister made the comments on Sunday evening shortly after signing a US $100 million loan with the Inter-American Development Bank’s (IDB) President, Luis Alberto Moreno, to finance the Macroeconomic Emergency Programme to protect the island’s economic and social progress.

“[There is] a very clear signal that once we complete the discussions on the restructuring of our foreign debt, we are likely to see further upgrades.”

Ms. Mottley noted that Barbados had experienced many downgrades within the past decade and interest rates rose as a result, making it difficult to borrow. Therefore, she opined that the upgrade was psychologically important to Barbadians.

“This country must become accustomed again to shooting for the stars because that is who we are and that is who we have always been,” the Prime Minister said.