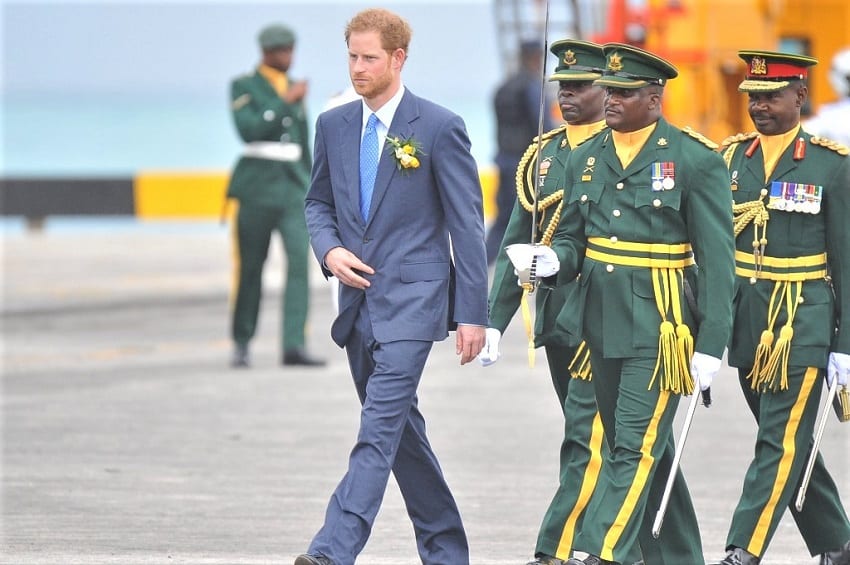 His Royal Highness (HRH) Prince Henry of Wales bade farewell to Barbados today, as his official three-day visit and the penultimate leg of his tour of the Caribbean came to an end.

Prince Harry, as he’s familiarly known, was in Barbados as a representative of Her Majesty Queen Elizabeth II to mark this island’s 50th Anniversary of Independence celebrations.

Prior to his departure, Prince Harry was treated to a Royal Salute by a 108-strong detachment of the Barbados Defence Force and 30 members of the Royal Barbados Police Band.