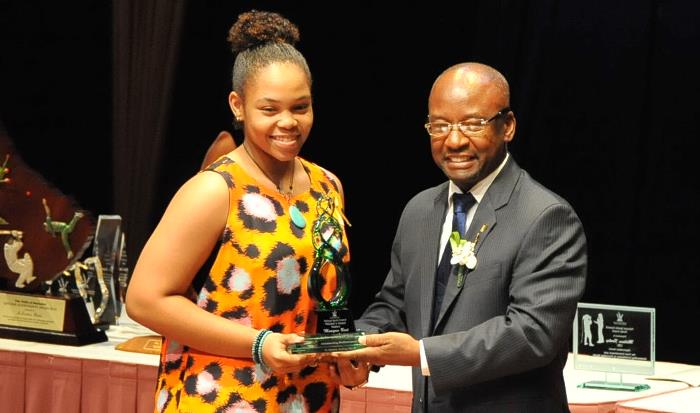 Sports Minister, Stephen Lashley, is praising some private sector organisations for doing their part to promote sports as a vital social enrichment platform for national development.

Mr. Lashley made this comment during his feature address at the National Sports Council’s (NSC) Awards last Saturday at the Frank Collymore Hall.

While commenting on the theme for the awards: Sports Positioning for Global Success, the Minister lauded the various organisations that have continually assisted local sports through investment in this nation’s athletes.

“I want to thank all of these entities and community groups for teaming up with the NSC,” he stated, adding that Government was also doing its part to support the country’s athletes.

Mr. Lashley noted that not only was his Ministry seeking to partner with the Barbados Olympic Association to lay a new Astroturf at the Wildey hockey facility, but last year, through the NSC, the Sports Ministry gave athletes over $2 million in support.

“In the new fiscal year, the Ministry of Culture, Sports and Youth will be putting in place a number of policies to create an environment that is conducive to the development of sports in Barbados,” he disclosed.

However, the Sports Minister acknowledged that there was a need for even greater partnerships with community groups and the private sector in order to refurbish pavilions and upgrade playing fields and hardcourts across the island.