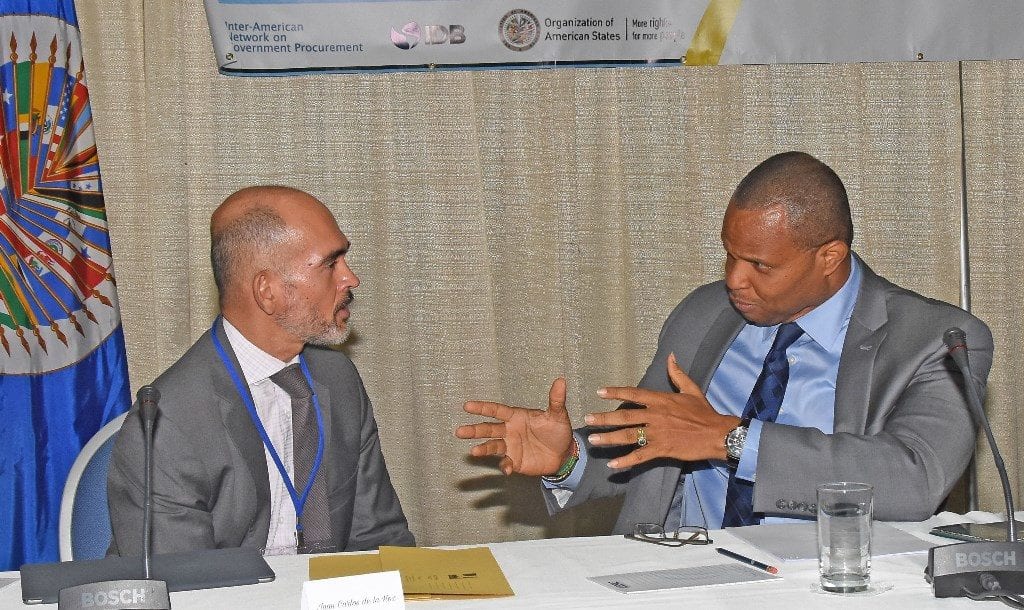 The process leading to the passing of an act for the regulation and control of Public Procurement in Barbados is well under way.

This disclosure came from Minister of Finance and Economic Affairs, Christopher Sinckler, as he delivered the feature address at the Third Sub-Regional Caribbean Public Procurement Conference at the Lloyd Erskine Sandiford Centre.

Mr. Sinckler later disclosed to the media that the legislation was at a very advanced stage, and should hopefully go to Parliament before yearend.

He explained that it was part of the reform of Barbados’ public finances management system, where the main governance rules for procurement would be created and Central Purchasing would become more of a regulatory department.

The Minister told his audience that Barbados had taken steps to reform its national procurement system, having recognised that sound public procurement policies and practices were a vital ingredient to the sustained growth and development of the country.

He continued: “A public procurement system that is transparent, effective, and efficient, and delivers value-for-money in public expenditure, is mandatory for good governance. Its practice must also speak to the concepts of equality of treatment, fairness, consistency and predictability, while encouraging wide and unfettered participation by those who seek to access its offerings. An inefficient, problematic and abused procurement system can be a major hindrance to economic progress.”

He noted that Barbados’ efforts were realised in a Loan Agreement between Government and the Inter-American Development Bank for the Modernisation of Barbados National Procurement System. According to him, this programme includes various components and is being undertaken in Ministries and Departments across the public sector.

The strategic areas of the programme are disseminated in four components – the strengthening of the public procurement legal framework; the improvement of procurement operations and market place; procurement institutional capacity strengthening; and the modernisation and updating of the technological infrastructure.