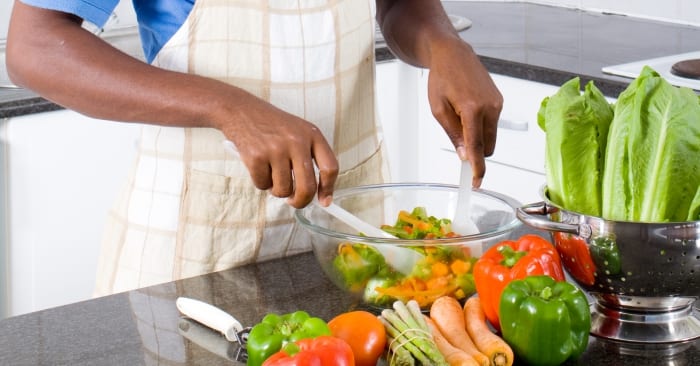 Some 35 young people aged nine to 29 are expected to benefit from a new initiative launched by the St. James South Constituency Council.

Council member and Youth Commissioner for the area, Peter Skeete, explained that three-month programmes would be offered in cricket training, the continuation of the drumming programme and a Basic Cooking course.

With regard to the cooking programme, Mr. Skeete noted that there were some parents who, because of work commitments, had to leave home early and were unable to prepare meals for their children. He said the basic cooking course was expected to fill that need.

“If we could equip our young charges with that skill, then they would be able to help themselves with the preparation of their breakfast and meals in the absence of their parents when they are called upon to go to work,” he explained.

In terms of the cricket training, the Youth Commissioner pointed to the strong cricketing legacy associated with that constituency. He explained that they were seeking to rebuild that interest and recapture the cricketing activity that had been synonymous with St James South.

“We’ve produced some seven West Indies cricketers and a host of others who would have played both at the national and the regional levels, so the aim is to bring back that cricketing spirit into our community,” he stated.

Mr. Skeete explained that the drumming programme was a collaborative effort between the Ministry of Youth Affairs and the Department of Constituency Empowerment, and was expected to bolster St. James South’s rich cultural heritage. However, he was of the view that funding for such programmes was necessary, if the legacy was to continue.

“We’ve had drumming in this community for a long time and the Haynesville Youth Club has won numerous awards at NIFCA both in drumming and dance. In order to sustain these programmes, we need to have continuous instructors coming in and it requires finance; if you only have financing for a period, then the programmes come to an end. So, we approached the Council to have funding available so that these programmes can be continued,” he stated.

The Council member disclosed that for approximately 20 years, close to 250 persons had been engaged in sports, culture, education and entrepreneurship activity in an effort to limit their participation in deviant and anti-social behaviour.

While acknowledging the Haynesville community has had its challenges over the years, Mr. Skeete was of the view that programmes such as those being launched would continue to provide avenues for young people to be significantly engaged, while improving the profile of the community.