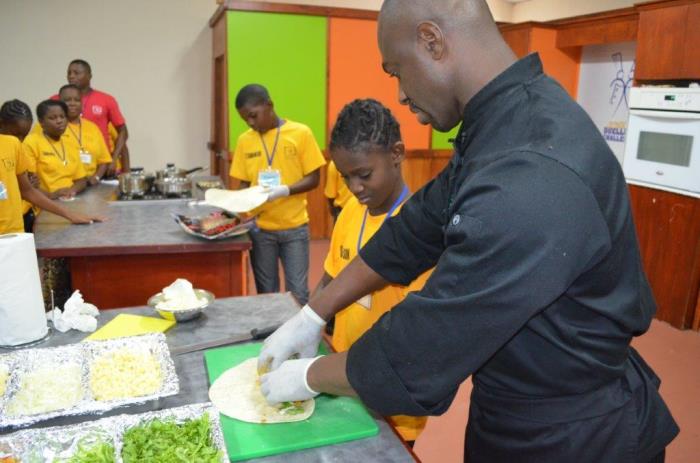 Project S.O.F.T (Safeguarding Our Future Today) 2017, hosted by the National Council on Substance Abuse (NCSA) gets under way on Sunday, August 27, at the Marian Retreat House, Verdun, St. John.

The one-week residential camp, now in its 15th year, is designed to expose 40 students to the various changes they will undergo as they approach their teenage years. This year’s theme is: Know the Facts…Make the Choice.

On Monday, August 28, students will be engaged in a session conducted by the NCSA entitled: Social Graces, Etiquette and Good Manners, beginning at 9:00 a.m. This will be followed by one on Adolescent Development and Abstinence which will be conducted by Social Worker with the Barbados Family Planning Association, Kerri-Ann Hurley, beginning at 10:30 a.m.

During the afternoon on Monday, August 28, campers will engage in self-esteem building activities with staff of the NCSA with sessions entitled: Healthy Me, Happy Me followed by games and a treasure hunt at 7:00 p.m.

Tuesday’s schedule includes presentations on how to Stay Drug Free and HIV/AIDS – The Link to Drug Use.  The latter will be conducted by a representative from the Ministry of Culture, Sports and Youth. Later that day, the campers will compete against each other during a Sports Day at 1:00 p.m. They will engage in a Peer Pressure and Peer Refusal Skills session from 7:00 p.m.

The important subject of Controlling Your Anger will be the focus of the first session on Wednesday, August 30, at 9:00 a.m.; while officers from the Royal Barbados Police Force, will address the issue of Juvenile Delinquency that same day.

There will also be a Positive Decision Making session conducted by the NCSA the same day beginning at 1:00 p.m. The day will conclude with a Buss Ya Brain HIV & Drug session hosted by the NCSA at 7:00 p.m.

Campers will have an opportunity to tour the Grantley Adams International Airport on Thursday, August 31, from 9:30 until 11:00 a.m. They will also benefit from instruction in Nutrition and Health, Effective Communication, Boy Talk / Girl Talk and Stress Management.

On Friday evening, September 1, the curtain will come down on the 2017 Project S.O.F.T. with a camp fire and movie night beginning at 7:00 p.m.

Campers will engage in creative sessions and sporting activities daily from 2:30 p.m. and 4:30 p.m. respectively. Please note that these sessions will not be held on Tuesday, August 29, as it is Sports Day.