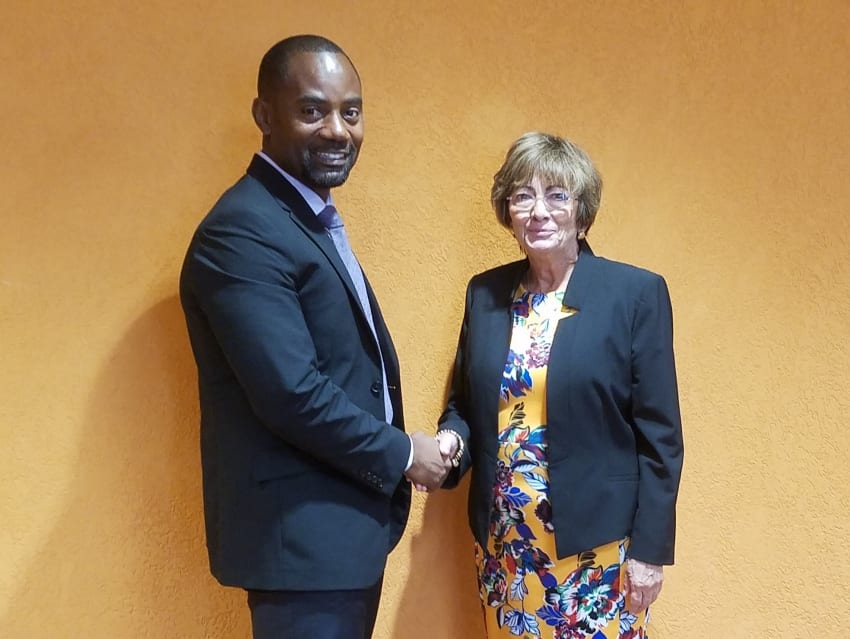 Minister of Maritime Affairs and the Blue Economy, Kirk Humphrey, is proposing the establishment of a Maritime University to significantly upgrade the skills and training of seafarers in Barbados and the region.

Speaking during a courtesy call with United States Ambassador, Linda Taglialatela, last Friday, Minister Humphrey lamented the deficit in training for seafarers, noting that the courses which exist were basic.

He hoped to see a level of training introduced which would raise standards in the industry, prioritize safety and allow “the large cadre of young people doing absolutely nothing to realize their aspirations”.

Mr. Humphrey told the United States diplomat that he also wanted to see an improvement in the technology available to local fishermen, noting that many of them spent days tracking fish because they did not have the appropriate technology.  “We must give them the skills and capacity to become better fishermen,” he submitted.

His focus, he explained, was not only on training the fishermen and those who handled the fish in the markets, but he also wanted to improve the infrastructure of the markets and to see an improvement in the level of conduct by those who worked there.

Noting that Barbados still imported about 80 to 86 per cent of its fish, his goal was for the island to get back to being a seafaring community which would become the hub in the region.

Ambassador Taglialatela informed the Minister that there were maritime programmes in several United States universities and her country would be happy to lend its expertise to the development of this project.

In terms of the blue economy, Minister Humphrey stressed the need for a baseline study, so that Barbados could ascertain what was in its oceans and then assign a value to these assets so as to be able to measure the contribution to Gross Domestic Product.

He also shared plans to protect the reefs and establish safe spaces away from jet skis and other water activities, noting that a Reef Protection Area had already been established at Folkestone and there were plans for others at Carlisle Bay and the East Coast.

The Ambassador assured the Minister that once the Ministry’s plans were shared with the Embassy, they would do all in their power to help in terms of technology and technical assistance.