In some countries, there are some jobs that will never be filled by residents and the situation is no different in Barbados. When this happens, employers are forced to turn to migrant labour to fill the void.

During a recent interview with the Barbados Government Information Service, Minister of Labour, Social Security and Human Resource Development, Senator Dr. Esther Byer Suckoo, gave an undertaking that where migrant labour is employed, it will only be after the employer can satisfy the authorities that locals are not available.

The Minister said that she was aware of the concerns that some Barbadians were being “sidelined” for the job opportunities in favour of migrants. “…That is not a new issue to Barbados nor is it unique to Barbados.  In every country, that I have had the opportunity to read about or with whose Ministers of Government I have interacted, this is a challenge. There are, in every country, jobs that it seems that migrant workers are preferred for.”

The Senator continued: “In Barbados for example, we notice in our plantations that there are a lot of migrant workers doing some of the jobs in the fields and the employers would tell you that it is not for a lack of trying to get locals to work.  Barbados too, sends workers overseas to work in other areas where those employers cannot get enough locals to do the work.” 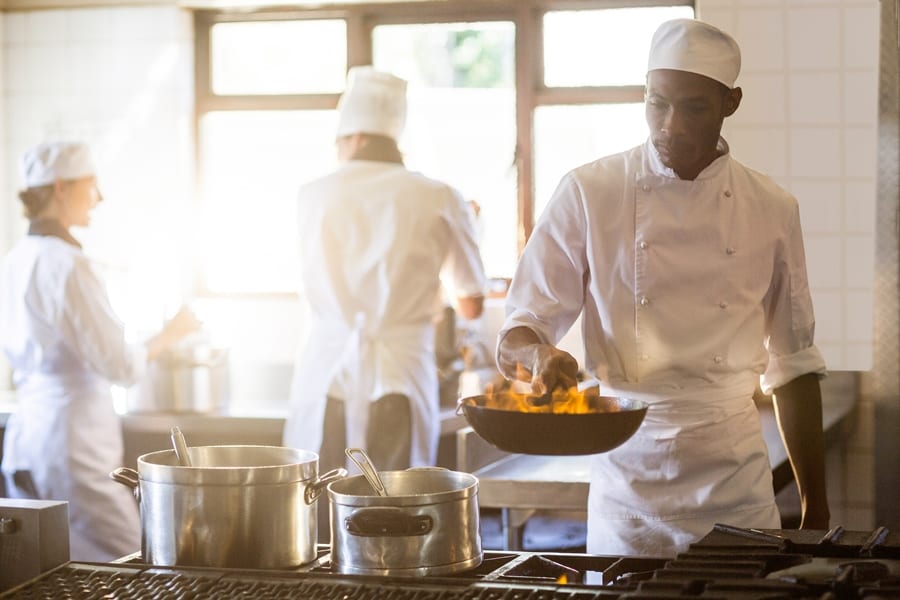 The Minister disclosed that the Ministry of Labour was working with the Immigration Department to strengthen the system to ensure that the jobs migrant workers are hired to do, are definitely those opportunities that were not attracting Barbadians.

Senator Byer Suckoo reiterated that Government is committed to growing the economy in traditional and new areas and attracting foreign investment to ensure that there are additional job opportunities for all Barbadians.

However, if there are still employers who are desirous of hiring migrant workers, the Labour Minister outlined the steps which they must take. “Employees must apply to the Immigration Department which must be satisfied that no Barbadian actually wanted that work and answered the job advertisement. We are working more closely to strengthen that process because of some criticism that it is not necessarily as transparent as it should be and some still find their way around the system.”

The Senator further stated: “We are also strengthening our National Employment Bureau which we are rebranding to call the Barbados Employment and Career Counselling Services. We are strengthening our information database of who is available in Barbados to work, what kinds of jobs they want to do and what are their skills set.  We are engaging in more robust dialogue with employers so that they would consult that the database when seeking to hire.  In fact, this database will be of value not only to employers but to jobseekers, students and training institutions as they plan.” 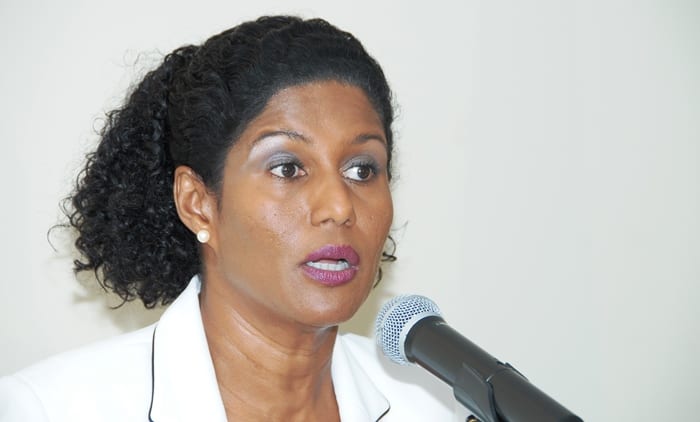 “All workers should understand their rights and that they are free to enjoy the same privileges regardless of country of origin, race, religion or gender,”  says Minister of Labour, Social Security and Human Resource Development, Senator Dr. Esther Byer Suckoo. (FP)

Senator Byer Suckoo also highlighted the role of trading agreements in this process. “The CARICOM Single Market and Economy and other arrangements, as well as foreign companies investing here, would also be sources of migrant workers.  But this must be planned and managed, ensuring that employers have the workers they need and Barbadians have the opportunities they desire.  This is done in every country and explains why Canada and the USA are taking less of our workers in some areas.”

Outlining the contents of the Migrant Labour Protocol produced by her Ministry in collaboration with the Immigration Department, Ministry of Health, Town and Country Planning and Development Office, the Environmental Protection Department and other agencies, the Minister said that under local law, migrant workers are entitled to the same protection, access to justice, standards in the workplace and the same provisions as Barbadian workers.

She stressed that where migrant workers who are being disadvantaged, they too have the same access as locals to the authorities, including the Labour Department for labour-related issues or to the National Insurance Department for all NIS-related matters.

“We do not want a situation where because they do not know or they are afraid of victimisation, migrant workers suffer at the hands of employers, who themselves may not know. All workers should understand their rights and that they are free to enjoy the same privileges regardless of country of origin, race, religion or gender,” Minister Byer Sukoo emphasised.