She may be small in stature but retired Permanent Secretary, Sonja Welch is certainly a colossus when it comes to her in-depth knowledge of the public service and diplomacy.

It is therefore no surprise that for her over four decades of distinguished service and her unswerving commitment to Barbados’ public service, she was awarded the Gold Crown of Merit (GCM), during the 2017 Independence Day Honours.

About her accolade, a humbled Ms. Welch said: “I was deeply honoured and pleasantly surprised on being awarded the GCM for my 44 years of public service. I worked with love and commitment, without thought of any special award, and it is a privilege to have been thought worthy of this recognition. To God be the Glory!”

She retired from the service on September 30, 2017, having worked at various levels, and in several countries. She was often awed by the vast amount of talent, capacity and dedication throughout the service.

“I am therefore sad when some of those who are not so dedicated, but who are in the frontline and in the public gaze, are seen as the face of the public sector. We often work quietly, without fanfare, for long hours, and over and above the call of duty. We owe it to ourselves to make the public aware of the many excellent things that the public service does, even as we need to work hard at breaking out of the post-colonial legacy and attitudes that unfortunately still permeate our society, and determinedly and frontally deal with the challenges to efficiency and productivity, to the benefit of our beloved nation,” she stated.

According to the retired Permanent Secretary, to improve the public service it is necessary to identify the core negative legacies, work out and implement targeted and well thought out strategies to deal with them, and excite and engage public workers. She expressed the view that the trade unions and every level of worker in the public service should be involved.

“The issues must be discussed together and each one must acknowledge his or her important role and responsibility in nation building and develop the tools to constantly improve and keep the standards high. Respectful dialogue between the public and private sectors is also crucial. Each Barbadian of whatever social status, race or creed is important and has a critical role to play in our society,” she stressed. 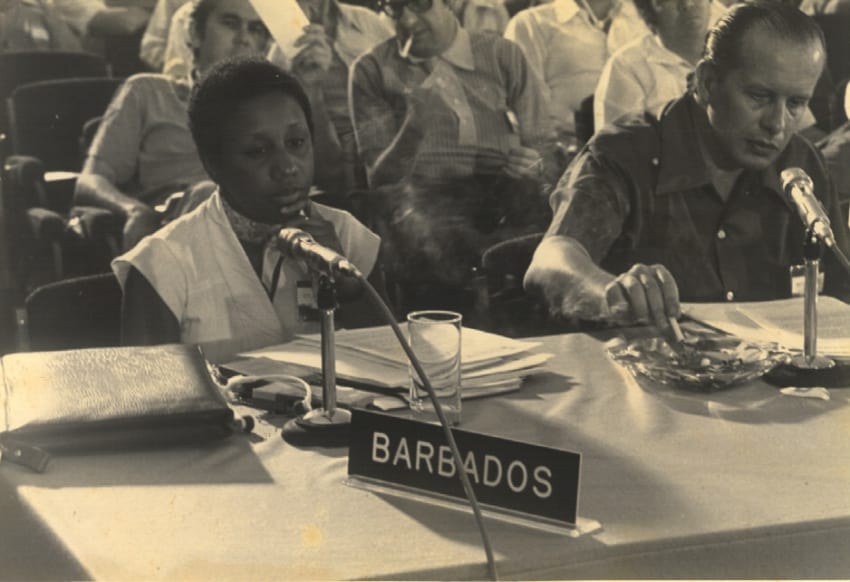 Sonja Welch at an Inter-American Development Bank meeting in Cancun, Mexico in 1976, seated next to the Ministerial representative from Brazil. (GP)

Ms. Welch attended the St. Matthias Primary School, Westbury Junior School and Queen’s College. In 1970, she won both the University of the West Indies Open Scholarship and the Barbados Scholarship. In 1970, she entered Bristol University in the United Kingdom, where she read for a BA (Honours) Degree in Spanish and Portuguese, graduating in 1973.

She underwent studies for one year (1976-1977) in Brazilian Literature at the Universidade Federal da Bahia in Brazil, and in 1980-1981, she pursued the Diploma in International Relations (IIR) at the University of the West Indies (UWI), St. Augustine. The IIR has included her among its 50 most outstanding graduates in its 50th anniversary celebrations. From 1987 to 1989, she successfully pursued the LL.B Honours Degree (Law) at UWI, Cave Hill Campus.

Ms. Welch’s first assignment in the service was as an Administrative Assistant in the Ministry of External Affairs in 1973. She completed a full career cycle in the diplomatic service of Barbados, with her appointment as resident Ambassador to Venezuela in 1998, for a period of 6 years. She also served as concurrent nonresident Ambassador of Barbados to Argentina, Brazil, Colombia, Chile, Peru, and Uruguay.

She also served as Permanent Secretary in the Prime Minister’s Office from 2012 to 2017 and ended her public service career, being designated as Head of the Civil Service, from August 2016 to September 2017.

The foreign language aficionado had dreams of being an interpreter because of her love of Spanish, French and eventually Portuguese. However, her late father, Pedro Welch, urged her to become a lawyer, doctor or accountant. Even though she was not bonded for her Barbados Scholarship, she thought that it was her duty to return home to work in the public service, thus showing her appreciation for her country’s investment in her future.

She had planned to still become an interpreter, but she was persuaded to stay and make a contribution to the service. “I received invitations to work in the private sector and also thought of going on to be a lawyer, but each time I felt that I owed a debt to my nation,” she pointed out. 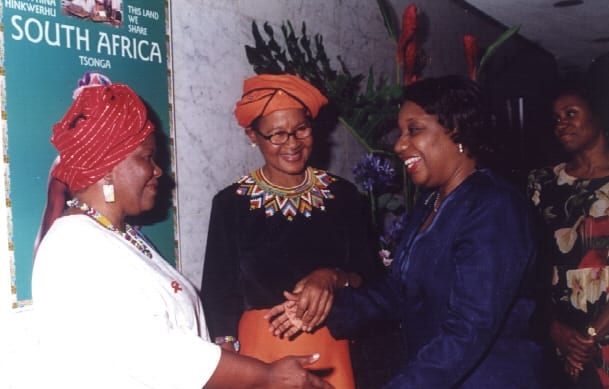 Ms. Welch (second right) at a reception hosted by the Ambassador of South Africa to Venezuela in 2003. (GP)

Ms. Welch has no compunctions about her career choice, even though she admits that life in the foreign service, while exciting and challenging, forced her to unwittingly make personal and other choices and sacrifices. “But the joy of being of use to my nation has overridden any regrets,” she reflected, with a twinkle in her eyes.

“In the foreign service, you gain tremendous experience, inter alia, in representation, in protocol, in meeting management, in negotiation, in public speaking and in juggling a multiplicity of tasks in dynamic environments. The talents gained redound to the general public service,” she surmised.

She has had a colourful career, meeting many famous people, with Her Majesty Queen Elizabeth II and former President of the United States of America, Barack Obama topping the list. She described them as “both delightful and engaging personalities”. In addition, she has also met several Presidents of Latin American and other countries, including the late Hugo Chavez of Venezuela, for whom she had the greatest respect.

The retired Permanent Secretary also had some interesting stories to share, including when a foreign diplomat in Barbados invited her and a colleague to dinner and offered them red Ju-C and coconut bread, as he thought that was a treasured national treat.

“On another occasion, a mentally ill man smashed the windows of our Tourism Board in London on Christmas Day because he felt that the persons in the mural were ‘speaking to him’, and, as Minister Counsellor responsible for the Chancery, I had to leave my Christmas lunch to deal with the matter,” she recollected.

A highlight of her public service career included accompanying Dr. Chelston Brathwaite on his lobbying visits to Latin American countries in his bid for the post of Director General of the Inter-American Institute for Cooperation in Agriculture.

“That assignment was also instructive as it showed me the tremendous respect leaders of those countries had for a Barbadian national. Dr. Brathwaite defeated the Brazilian candidate for that post,” she recalled. 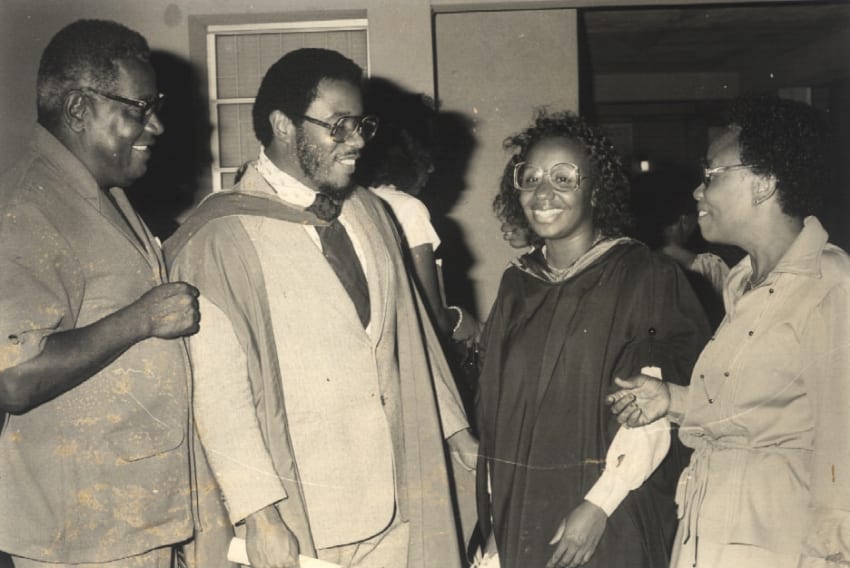 Another highpoint for Ms. Welch was being designated by Prime Minister Freundel Stuart as Head of the Civil Service, while also occupying the post of Permanent Secretary to the Prime Minister, in the last year of her service.

“This designation was not foreseen, and though a huge challenge, it was thrilling, exciting, fulfilling and rewarding, but of course, exhausting. However, I was able to count on the support and collaboration of countless colleagues. I am thankful for the opportunity of serving Barbados in various capacities and I thank God for His constant help,” she added.

Ms. Welch started her retirement on October 1, 2017, in Paris, one of her favourite cities, having completed a journey on the famous Orient Express train in Europe with her 90-year-old mother, Dame Maizie Barker-Welch. She said it was a fantastic start to her retirement and allowed her to begin to see the benefits of additional free time for her own enjoyment.

Her plans for this phase of life include reading, starting a cookie business, eventually getting her Legal Certificate of Education, so she could practise law, if she wishes and doing research on the famous Brazilian composer Heitor de Villalobos, who is said to have visited Barbados in 1910. She also plans to write a book on some of her foreign and public service experiences; re-start piano lessons and give back to the public service in any way she can.

“My experience of living and working in six other countries over the years assures me, to assert without hesitation, that Barbados is a wonderful country with a lot of good things going for it and we, with God’s help, will keep it that way,” she confidently stated.