Public Servants Lauded For Their Commitment 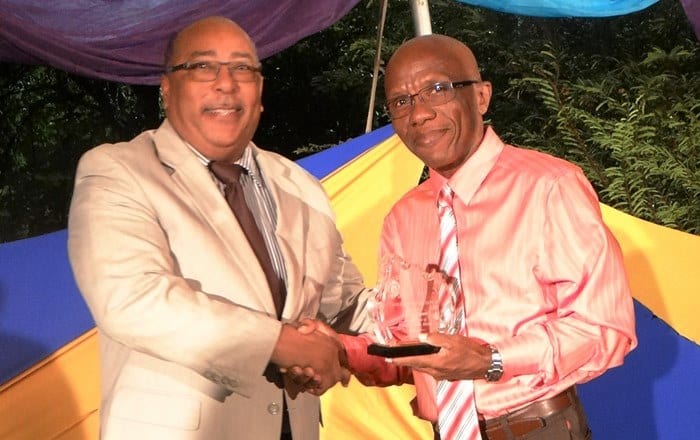 This country’s public servants came in for high praise for their commitment from Minister of Agriculture, Dr. David Estwick, when his Ministry took time to celebrate the outstanding work of 27 persons who retired during 2016, and five colleagues who died.

During the Staff Gala Programme, which was held at the Ministry’s Graeme Hall, Christ Church headquarters last Saturday night, Dr. Estwick described the public service in Barbados as a very old one which had been recognised internationally as “one of the best”.

He continued: “Many persons who work in the public service do so, on a daily basis, with great commitment and dedication, and they perform their duties with significant character and with dignity.”

The Minister assured the retirees and the family members of those who had died in service that their work was highly valued in the public service, and especially in the Ministry of Agriculture. “I trust that this function will become an annual event and it is extended to recognise all of those employees still in service who go beyond the call of duty to provide efficient and effective service in the agriculture sector….

Dr. Estwick also commended his staff, saying that during the period of time he was there, he saw employees attempting to provide their best service to the Ministry and the   country.   He added   that   he   had seen the challenges with regard to employees having to perform the work of two or three persons, and daily challenges of workers not having the equipment to do various things.

The Agriculture Minister highlighted that some of the retirees had worked for 41, 46 or even 47 years, and stressed that it demonstrated their commitment to the task. He also praised the planning committee for organising the event, which he described as “spectacular”.

The retirees included Errol Gill-Moore and Jonathan Rock, who worked for 39 years; Edward Cherry, Victor Bowen and Cyril Cameron Burke who were employed for 41 years in the public service;  James Little who retired after 42 years; and Christopher Waldron, who worked for 46 years.

Deputy Chief Agricultural Officer, Ralph Farnum, who has 34 years of service, and Roger Bascombe, who spent 47 years in the public service, are both on pre-retirement leave.