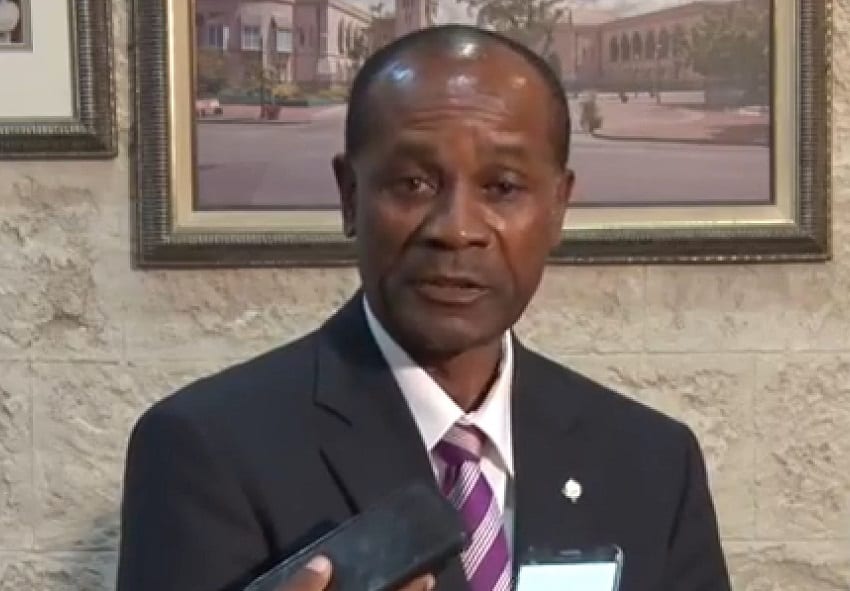 Commissioner of Police, Tyrone Griffith, has called on Barbadians to be civic minded and share whatever information they can with the police.

Mr. Griffith made this call recently, during a press briefing at Parliament, after Prime Minister Mia Amor Mottley chaired a National Security Meeting to discuss gun violence in the country.

The Commissioner told the media: “I can assure you that the members of the Royal Barbados Police Force have indicated that they will do everything in their power to ensure that they wrestle the matter to the ground…. We cannot do it alone.  We need all Barbadians to come together and support us in our fight against this outrageous crime.”

Attorney General, Dale Marshall, disclosed that police officers had been giving up two off days every month to ensure more “man hours” were available to the Force, so the current issues could be dealt with.

“In addition, the Chief of Staff of the Barbados Defence Force has agreed to make available 80 of his officers to join the RBPF on the ground, and he has also pledged the availability of vehicles to increase the police presence,” he revealed.

Mr. Marshall reassured Barbadians that the Force was responding to this issue in the strongest possible way.  He expressed the view that the scourge of gun violence had been allowed to continue for the past decade, and suggested that with the proper resources and institutional strengthening, the matter would be resolved.

“We don’t want to speak too soon, but I think that we have begun to see some results of intelligence-led operations, and it is a great benefit that we have had the offer from the Regional Security System and the region, that they would support us in dealing with this issue,” the Attorney General stated. 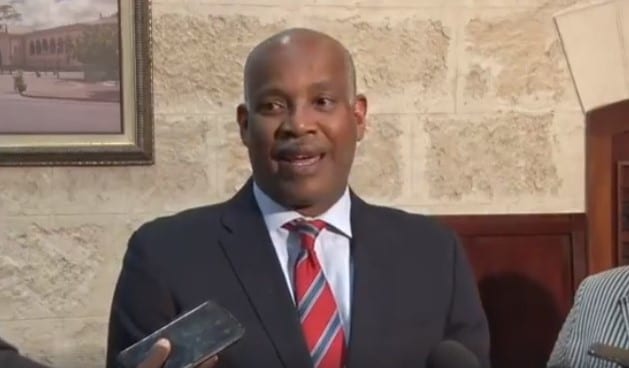 Attorney General, Dale Marshall, reassured Barbadians that the Royal Barbados Police Force was responding to the issue of gun violence in the strongest possible way. (GP)

He told the reporters that Prime Minister Mottley had agreed to commit further financial resources to the Royal Barbados Police Force, so as to enhance its capability in dealing with the issues.

Ms. Mottley commended the police for sacrificing the days and agreed that some signs of success were already being seen.  She said the country went through a rough period in the 1990’s, and by the end of 2006 and 2007, there was a reduction of burglaries and robberies to one third and one quarter, respectively.

“I suspect that they are still below the numbers that they were, in those early 1990’s; what has risen is automatic weapons….  Guns are not a part of our culture, and men and women don’t need a gun to make them feel like a man or woman.  All they do is kill people and hurt and maim people,” she insisted.

Reminding the country that this weekend is being dedicated to prayer, the Prime Minister urged citizens to spend some time in quiet reflection.

“We feel people need to reflect on where we have come, where we are, and what are the things in this society that we need to look at, and see how best we can treat to it. We also need to send up prayers because there is value in faith.  We need to be able to understand that all of us are in this together,” she stressed.

Ms. Mottley told the media that work on the Forensics Science Centre, which had been closed for a number of years because of environmental problems, would be done within the next few months.  She explained that having to send work overseas had put a significant drain on the police and the country’s coffers.