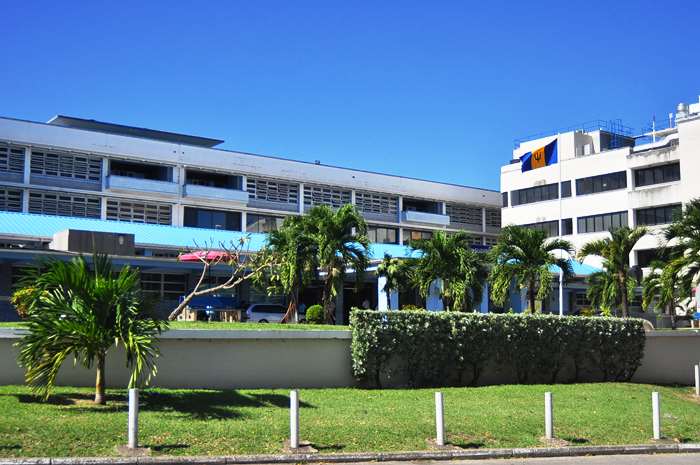 The Queen Elizabeth Hospital (QEH) has boosted its ability to protect patients from food-borne illnesses with the introduction of the HACCP (Hazard Analysis Critical Control Points) system at that institution.

The internationally recognised management system focuses on ensuring food products are safe to eat by reducing the risk of safety hazards in food. It functions through the use of Standard Operating Procedures (SOPs), which staff members are trained to adhere to at all times.

Coordinator, Cheri Elcock explained: “HACCP is a control process whereby physical, chemical, biological and allergenic hazards which may occur in the food production process are identified and actions are put in place to prevent these hazards from occurring. It is not a zero-risk system but minimises the risk of food safety hazards.”

She stressed the importance of monitoring and documentation of the process. “The process is monitored by the supervisory staff. Documentation is instrumental to the process, with the majority of SOPs containing associated records which must be completed and reviewed daily.”

The HACCP designation was an important achievement for the QEH, Ms. Elcock explained, because the institution catered to vulnerable groups like the elderly, the very young, pregnant women and persons who had low immune defences because of illness.

“These persons are at increased risk of food-borne infection or illness. Therefore we are responsible for ensuring they are protected from food poisoning caused by bacteria. HACCP does this as it takes a preventative approach to ensuring food safety,” she added.

The HACCP training, which began in February, 2016, lasted just over a year. The hospital staff was guided through the certification process by consultants, Cheryl Collymore, and Dr. Glyn Williams of C&G International Inc. Subsequent training was completed by trainers Cheri Elcock and Tracia Layne.

The training was geared towards all food services staff members and those who worked closely with food services within the QEH, including engineering staff, the Oversight Committee and the HACCP team.

The official process ended on March 14 with an external audit which qualified the QEH for the international designation.