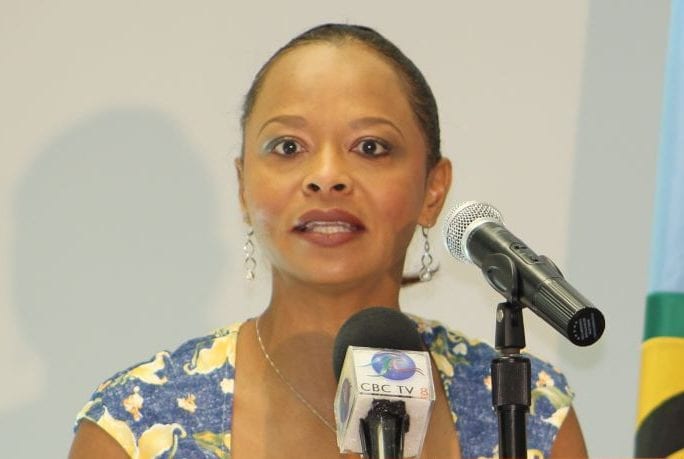 Leaders of national quality bureaus across the region have been told not to take their roles lightly.

This was stressed today by Chairperson of Pro Tem CARICOM Regional Organisation for Standards & Quality (CROSQ) Council, Dr. Renae Ferguson-Bufford, as she addressed the 34th Meeting of the Council of CROSQ, at Baobab Tower, Warrens, St. Michael.

Noting that developing quality infrastructure demanded diligence, focus and resoluteness, since failure was not an option, she said the value of bureaus regionally was to help both public and private sector institutions operate to the highest international standards of demonstrated quality.

Dr. Ferguson-Bufford pointed out that over the past seven years, and with the aid of member states sharing resources and donors like the EU, ACP Secretariat, the German Government, UNIDO and the CDB, there had been an expansion of quality and related services that could only be described as an explosion.

And, she said: “The message of quality and the way it can contribute to national growth has been growing across our CARICOM region, and the word is spreading that the Caribbean is not to be ignored.  The sheer number of projects that our small secretariat and bureau have been involved in, in this past year alone, is staggering. For example, when we really consider what we have, not one, but two regional projects, in the new quality area of energy efficiency, with a third brewing in planning, as a result of regional expertise and international financing from the Federal Republic of Germany and CARICOM Energy Unit, we consider that is a great plus for our small nation states, and a boost for our energy sectors; for this, we should be commended.

“We can boast of currently developing a number of national quality policies, and accrediting labs in a number of member states, thanks to the Caribbean Development Bank.”

The CROSQ representative said it signalled that the region was well on its way to being taken seriously in developing our quality services and other infrastructure in the region.  She added that the confidence shown by partners and their willingness to discuss matters of regional and international import was testament to how much our contribution was being felt.

However, she stressed the region needed to ensure this quality effort was filtered down nationally as well, and that in each local jurisdiction that the business sector, industries and the trading sectors know they can come to quality bureaus for advice and assistance to make themselves more marketable and profitable, at home and abroad.

Dr. Ferguson-Bufford also noted that the world was moving, and the region could not lag behind.  She said: “We recognize our many limitations, but where there are resources available, and where there is a national call and a regional recognition of the value, we contribute to national development, by sharing resources under a united vision; we have to respond and we must do so favourably.”

Commending the Regional Quality Policy that was presented to Minister of Small Business, Entrepreneurship and Commerce, Dwight Sutherland, during the ceremony, she said all sectors had been involved in its development, and so understood that “our citizens deserve to be able to trust that good quality products and services are produced and sold here in our region”.