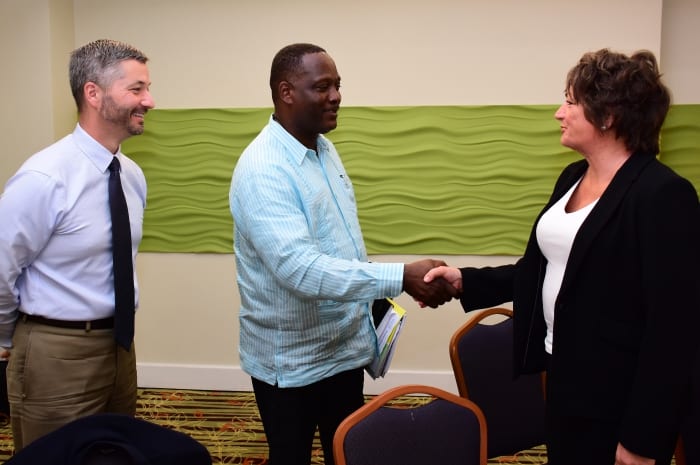 With a new National Quality Policy on the cards for Barbados, Industry Minister Donville Inniss is assuring the region of Government’s commitment to working on upholding the five pillars on which it hinges.

This was underscored today as he addressed local and regional participants at a training workshop on ISO/IEC 17025:2017 “General requirement for the competence of testing and calibration laboratories”, at the Radisson Aquatica Resort.

Listing the pillars as standards, metrology, testing, certification and accreditation, Mr. Inniss said his Ministry would be working with haste on all five to ensure that “at the end of the day we have a National Quality Policy, not just a document but one that is really manifested in all that we do in an economy and in a society.”

He also explained why these pillars were critical for Barbados, saying: “We have to recognise that a National Quality Policy and matters attended to standards, accreditation, metrology, testing and certification are all very critical for our national development.”

By way of illustration, he noted that a new industrial policy was an example of how critical this was. Adding that his Ministry was working on such a policy, he stressed that deeply embedded in it should be a great emphasis on standards.

“No modern society, no modern economy will advance if emphasis is not placed on standards – standards in services, standards in goods. There can be no compromising on that and that is why your work as technical officers in the various standards institutes throughout the region and Latin America is so critical because it really and truly would help us to transform the industrial climate/arena of our economies.  And, perhaps a little narrower still, it is very critical for the manufacturing sector,” the Minister said.

The Barbados National Standards Institution (BNSI) and their regional counterparts were commended for their work in defining such standards and for providing the enabling environment as well as the right infrastructure for governments to be able to certify, determine and enforce those standards. 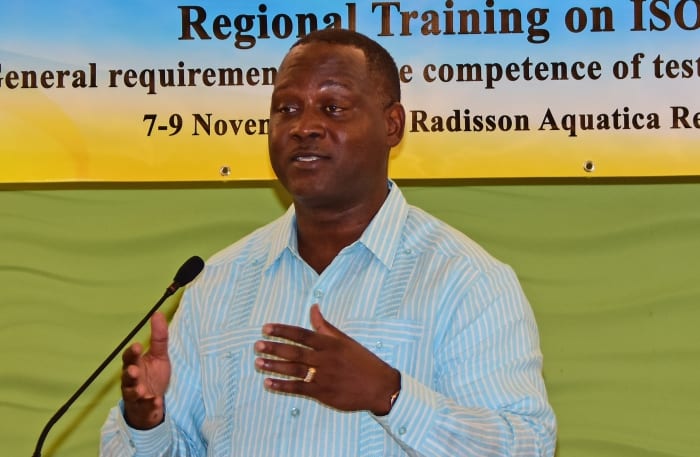 While the Minister pointed out that small islands in the Caribbean depended on a lot of goods from outside, he stressed there was a duty on the part of policymakers and regulators to ensure the standards of these goods, to be consumed or used by citizens, met the “highest possible standards” internationally.

Mr. Inniss, who is also responsible for International Business and Commerce, pointed out that standards developed here and with the assistance of the CARICOM Regional Organisation for Standards and Quality (CROSQ) must always seek to be part of the international regime that exists.

Stating that we could not have unique standards because we wanted to be part of a global trading arrangement, he noted that internationalisation was part of the work of the various national standards institutions present at the workshop.

The three-day workshop forms part of the activities within the framework of the ISO Action Plan for developing countries for 2016-2020. It concludes on Thursday, November 9.

The training is an initiative of the BNSI and the International Organization for Standardization (ISO) with support from the Swedish International Development Cooperation Agency.