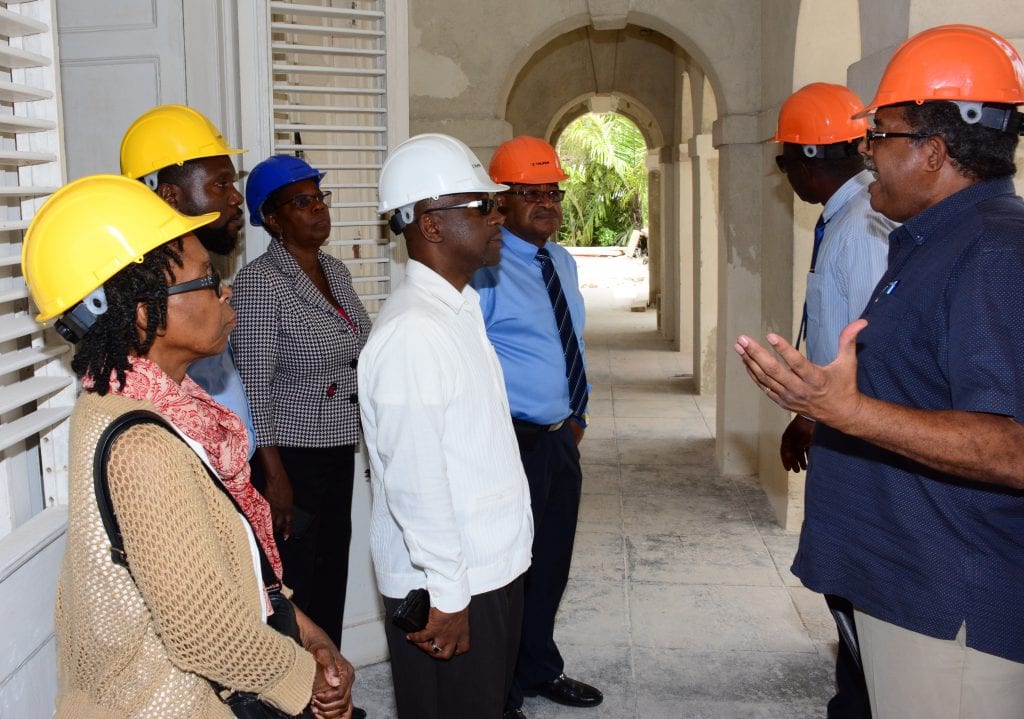 Culture Minister, Stephen Lashley, being updated by Chief Architect, Tony Selby (right), while Permanent Secretary Ruth Blackman (third from left); CEO of the NCF, Cranston Browne (to the right of Minister Lashley) and other members of the touring party look on. (J.Weekes/BGIS)

When finished, the Queen’s House Building in Queen’s Park will be better equipped to service patrons with disabilities.

This disclosure came from Culture Minister, Stephen Lashley, following a recent tour of the building. He told the media present that as construction continued on the property, there would be several “innovations”.

“The building will have an elevator…to bring [it] into the modern age, to ensure that persons who are differently-abled can access and use the building….The renovations take that into account in terms of members of the disabled community who will have to attend events here. The corridors [and] the balconies are being extended to provide more room,” the Minister revealed.

Stating that plans were on schedule for the building to be finished by July 7, Mr. Lashley said his Ministry was “very excited” that it would be available for use during CARIFESTA XIII, which will be held in Barbados from August 17 to 27.