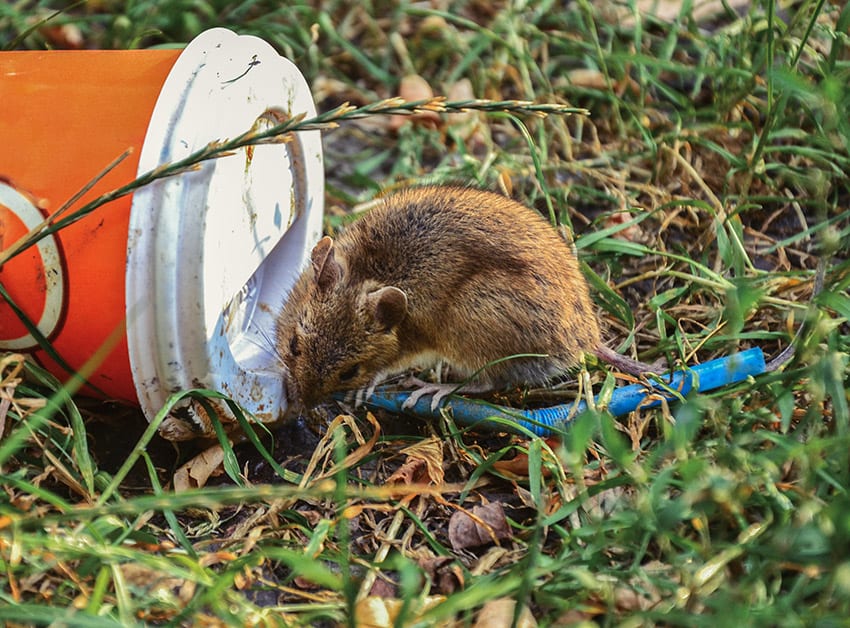 Rodent control in Barbados is everyone’s responsibility, and as the island grapples with an increase in the rodent population, the Environmental Health Department is appealing to householders and property owners to play their part in ridding the landscape of this vector.

The Ministry of Health and Wellness recently allocated $155,000 and established a multi-sectoral team to implement a scaled-up vector control programme in response to the increased sightings.

But the Environmental Health Department has made it clear that these efforts will be frustrated without the cooperation of the Barbadian public.

Environmental Health Officer, Sean Brathwaite, declared: “As a society, we have become dirtier and dirtier.  In many areas, skips are provided and some people will bypass the skips and throw their wrappings and food scraps on the ground.”

He disclosed that while rats were generally nocturnal, which means that they are most active at night, the department had been receiving reports from the public of sightings as early as 2 o’clock and 3 o’clock in the afternoon.

“Persons report to us that they are walking coming up from the bus terminal (in Fairchild Street) and going to the ZR stand and the rats are walking alongside them as if they are pets,” Mr. Brathwaite said.

He noted that there were various causes for the increased sightings, including the start of the sugar crop season, since once the canes are cut the rats tend to leave those areas and migrate into people’s homes.

“Rats and mice need a source of food and water in order to survive. So, you have fruits and vegetables in the markets not being properly disposed of; you have members of the public leaving food scraps in Styrofoam containers, which are indiscriminately dumped; you have householders feeding their dogs at night and leaving uneaten chow lying around.  Rodents have a very keen sense of smell and they will be drawn to food that is left out,” he stated. 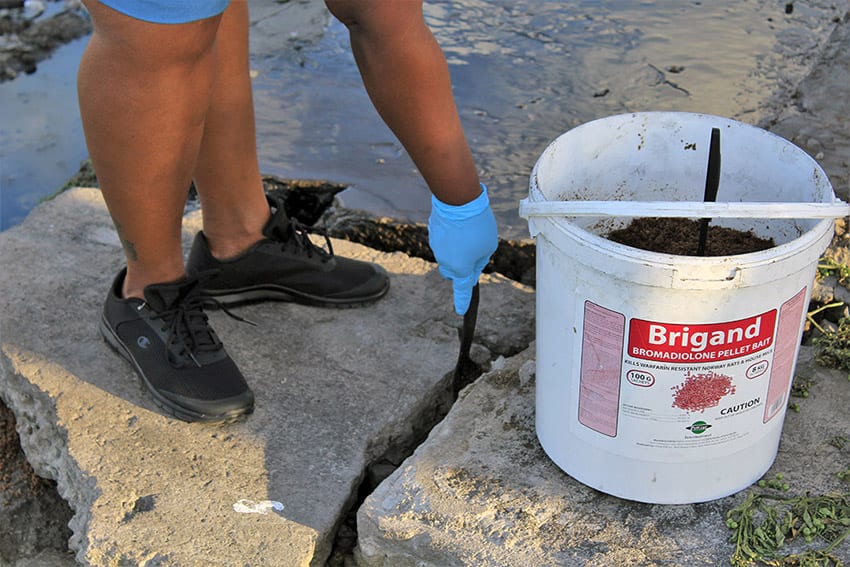 An environmental health officer setting bait in the City. (A.Husbands/BGIS)

He said they were also getting reports from schools, and often, on investigation, the officers found evidence of children leaving food wrappers and fast food containers in desks.

“So, our appeal is for the public to assist us with source reduction, which means that you must dispose of all those things around your homes, schools and business premises which will attract rodents.

“Store garbage in covered containers; remove and dispose of all unused pet food and wash the containers properly right after use; debush your overgrown lots and refrain from dumping your cuttings and other waste on vacant lots,” Mr. Brathwaite advised

He said that they often received calls from persons complaining about overgrown vacant lots next door to their properties. “When we respond, we expect to find grass and trees, but often we also see discarded fridges, washing machines and even plant cuttings, which were sometimes dumped by the same person who called to complain.  We would ask householders to refrain from this behaviour.”

[x_pullquote cite=”Environmental Health Officer, Sean Brathwaite.” type=”left”]Our appeal is for the public to assist us with source reduction, which means that you must dispose of all those things around your homes, schools and business premises which will attract rodents.[/x_pullquote]

Mr. Brathwaite noted that it was especially important to curtail the rat population because of the diseases which they can spread, including leptospirosis, hanta virus, salmonellosis and rat bite fever.

“For example, in terms of rat bite fever, if you are diabetic and have no feeling or sensation at the bottom of your feet, a rodent can be gnawing at that person’s toe and they would not even know that it is happening.”

This may happen, the environmental officer said, when walking outside without shoes, or touching a contaminated dog pan or any other contaminated surface, and death can result from this disease. He advised: “You are reminded when working outside to wear gloves, long pants, enclosed shoes, and long-sleeved shirts.”

Rodents can also cause economic loss through damage to food crops as well as through fires, which are caused by the animals constantly gnawing on electrical wiring. 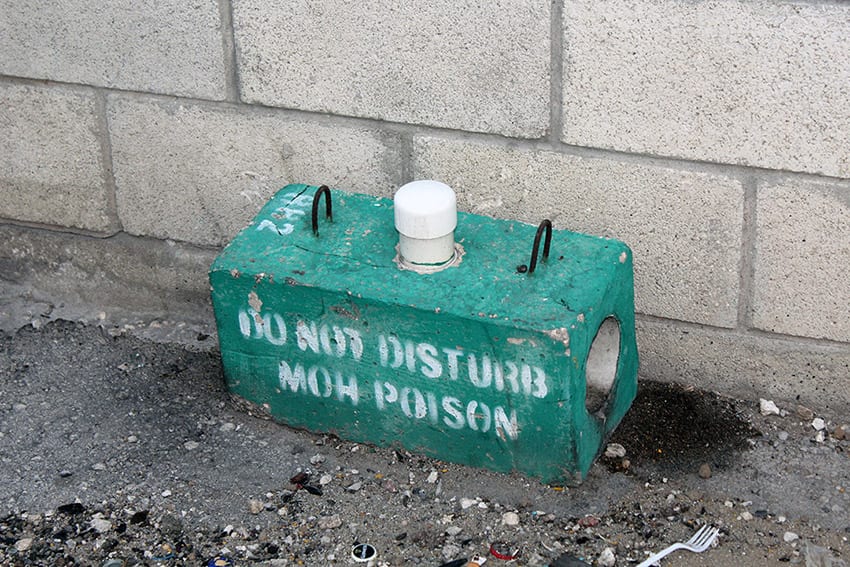 This bait trap carries the Ministry of Health label warning of its poisonous contents. (A.Husbands/BGIS)

Mr. Brathwaite explained: “They need to gnaw to break the continuous growth of their teeth, and so they keep gnawing on the wires and sometimes cause an electrical fire.”

He shared some of the ways that householders could discover if there were rodents in the home. “Look for smudge marks caused by oily secretions from the rodents.  You may also see droppings or bite marks caused by the rats gnawing stored food, wood and so on.  Also, a musty odour is associated with rodents.”

The environmental health officer advised householders and property owners to protect their premises by rodent-proofing their properties to prevent access; eradicate food sources and destroy habitats; and set traps as well as bait to kill the vector.

He emphasized the importance of using bait correctly. “Many people collect bait and come back to us to say it is not working.  But they must understand that if you bait your premises and continue to provide a food source for rodents by carelessly leaving scraps around, the rats will ignore the bait.

“Also, there is bait shyness where if you use a one-shot chemical and the knock-out effect is fast, the rodents will realize that there is something new in the environment, and once they realize that a number of them are dying quickly, they will avoid the bait.  That’s why the bait we distribute to householders will take two to three days to work to avoid this,” he said.

Rodent bait is available free of cost at all polyclinics and may be collected by anyone 18 years and over.