Reducing The Backlog Of Court Cases 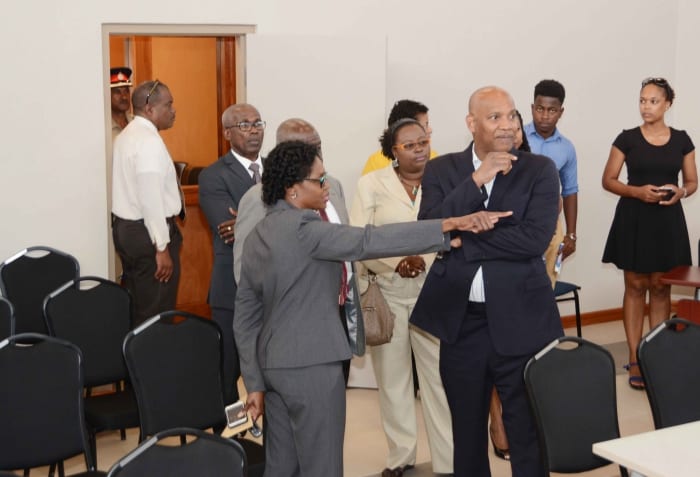 With approximately 950 criminal cases before the High Court, some of which were outstanding from 2003, Attorney General and Minister of Legal Affairs, Dale Marshall, has made it clear that changes have to be made.

Among the options being examined are mediation for civil cases; abandoning older cases; and maximum sentence indications (guilty pleas).

“I don’t have to tell you the backlog in both the civil and criminal jurisdiction in the high court is huge,” Mr. Marshall indicated. He added that with 950 criminal cases, some of which dated back to 2003, decisions had to be made as to whether some of the older ones would have to be abandoned by the Crown.

“But we will have to put a mechanism which would see different cases receiving different treatment. We are not going to be approaching it in a way that would say that old cases would be purged from the system because many of them would have victims who would feel that they have been wronged,” he explained.

The Minister explained that this was necessary as there were weaknesses endemic with prosecuting a 15-year-old case. “You are relying on the memories of individuals who have put those things behind them or simply can’t remember. You are not sure if a 15-year-old trial is really benefitting society or delivering justice in the way that it should be done,” he pointed out, noting that the public would be engaged on the issues going forward.

Meanwhile, the Attorney General said efforts were under way to train judges and clerks in maximum sentence indications (guilty pleas).

“The criminal justice system cannot work if there are 950 cases waiting to be tried. The criminal justice system will only work if a significant portion of those cases are pleaded out and persons are given credit for the amount of time they spent in incarceration…,” he said, noting time on remand, the guilty plea, mitigating and aggravating factors would be taken into consideration during sentencing.

He added that the appointment of three temporary judges would see one being dedicated to alleviating the backlog in criminal cases, and two being assigned to the civil courts. Mr. Marshall added that discussions were ongoing to divert some of the civil cases to full mediation.

Chief Justice Sir Marston Gibson explained that mediation was a process where a case was assigned to a mediator who would then try to bring the litigants to a mutually acceptable position.

He added that mediators could achieve results as simple as an apology, which judges could not. “There have mediations in other countries which came to an end because the parties sued because one did not apologise,” he said, stressing that it was believed that mediation would work in Barbados.

He added that they were in the process of training approximately 50 mediators to assist with reducing the case load.