Region Must Collaborate To Attract Investment 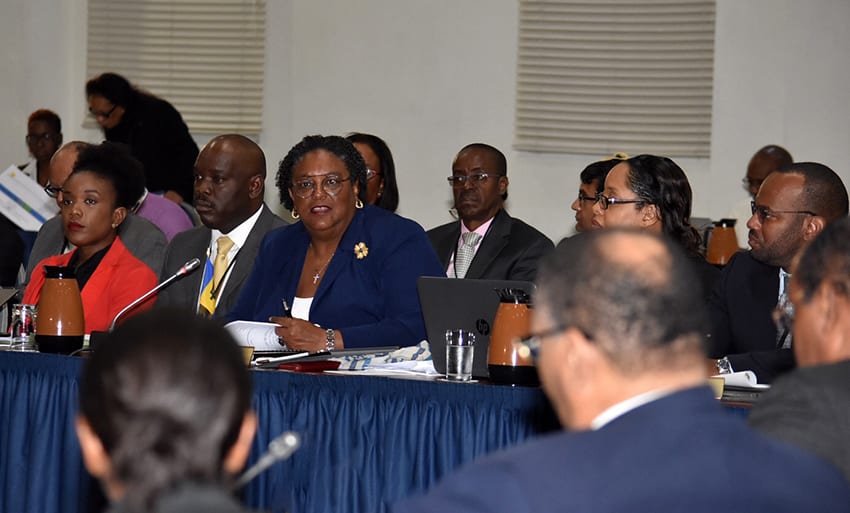 Prime Minister Mia Mottley speaking during today’s Sixth Special Meeting of the Council for Finance and Planning (COFAP) at the Lloyd Erskine Sandiford Centre while members of the Barbados delegation listen attentively. (C.Pitt/BGIS)

Prime Minister Mia Amor Mottley has called for greater cooperation and collaboration if Caribbean nations are to attract investment opportunities and be economically stable.

Her comments came today as she delivered remarks at the opening of the Caribbean Community’s Sixth Special Meeting of the Council for Finance and Planning (COFAP), at the Lloyd Erskine Sandiford Centre.

She told those gathered: “There is no doubt that the common differences that we face with the threat [of] blacklisting and the negative listing with respect to critical aspects of our economy in terms of our financial services, continue to bedevil our economic stability.

“All of us are having access problems with respect to capital. Too many of our citizens in the productive sectors, [and] too many of our companies are complaining about their ability to access capital in ways that make sense.”

Noting that Caribbean nations had to find ways “to build a common community investment policy”, she added that for almost a decade, the region had been in the “wilderness” of not being able to settle some critical initiatives, and called for a financial services architecture to be implemented by way of treaty arrangements to rectify these financial challenges.

Noting that the COFAP meeting would seek to address fundamental issues about the competitiveness of the Single Market, in relation to how regional economies functioned, she added: “If we are to carry the Single Market to the next level, then these issues have to have some advancement made in terms of the capital markets of our region.”

Prime Minister Mottley pointed out that it was absolutely critical that regional leaders enhanced the ability of citizens to be able to access credit and to bring true expression to improving their wellbeing “by putting a framework in place that protects the individual citizen, as well as the financial institution”. 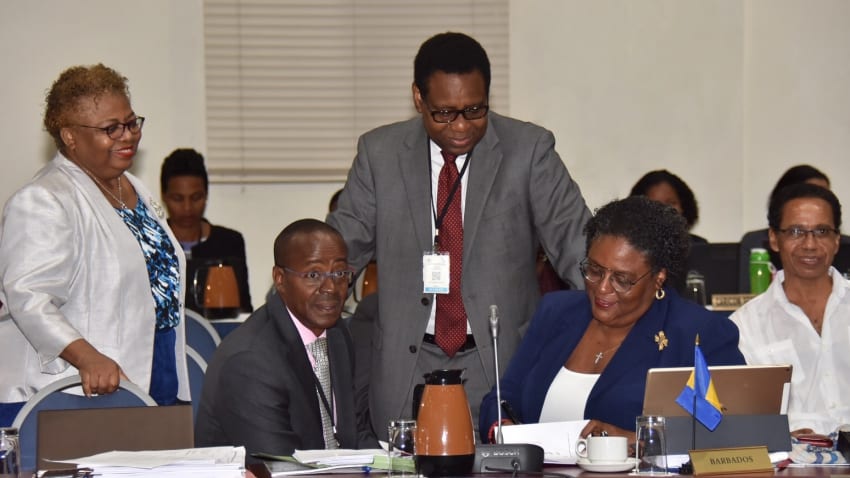 Prime Minister Mia Mottley in discussion with members of the Barbados delegation at the start of the Sixth Special Meeting of the Council for Finance and Planning at the Lloyd Erskine Sandiford Centre today. (C.Pitt/BGIS)

They discussed several pressing financial issues as a follow-up to last July’s Heads of Government summit, including macro-economic support measures to complement the functioning of the market infrastructure for the CARICOM Single Market and Economy, and ways of spearheading growth and sustainable development.

The Sixth Special Meeting of COFAP will be followed tomorrow by the Ninth Meeting of the Prime Ministerial Sub-Committee on the CARICOM Single Market and Economy.