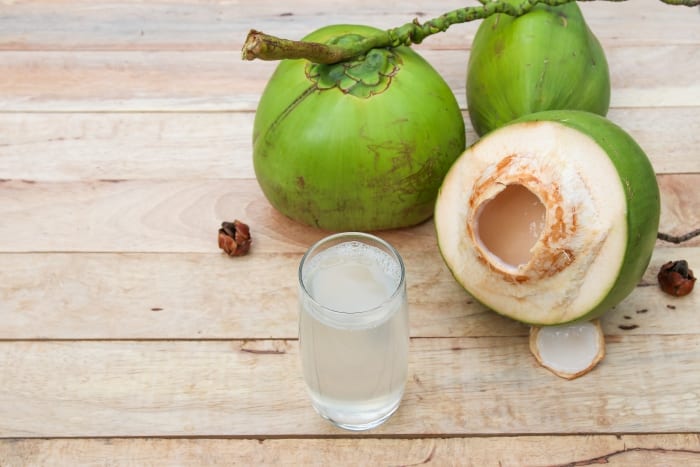 Vendors and other stakeholders in the coconut industry in Barbados and the wider Caribbean will soon have to adhere to an improved set of guidelines, under the CARICOM Regional Organisation for Standards and Quality’s (CROSQ) Coconut Water Standard.

This outlines, among other things, the procedures for the growing, harvesting, and packaging of the valuable commodity.

The decision to revise the regional standard, which has been in place since 2010, was taken during a regional stakeholder meeting on coconut water quality, held at CROSQ’s headquarters at Baobab Tower, Warrens, on Monday.

This comes in light of concerns about the quality of coconut water sold by retailers across the region, as well as the results of recent independent analyses on samples, which found some issues with the water.

Speaking on the sidelines of the meeting, Executive Director of the Caribbean Agricultural and Research Development Institute (CARDI), Barton Clarke, said it was critical such action be taken, if they were to rebuild the coconut industry in the Caribbean which was already seeing “significant investments”, namely Guyana.

However, as it relates specifically to Barbados, the CARDI official pointed to the discarding of shells and other coconut-related waste, as the major concern.

Although he did not give a definite timeline as to when the amended CROSQ Coconut Water Standard will be rolled out, Mr. Clarke, made it clear that local vendors and growers of coconuts had no need to fear.

“There is a CARICOM standard which speaks about hygiene, harvesting, the age of the nuts you select for harvesting, cleaning the equipment…

The farmer will become aware, working in collaboration with the local Ministries of Health and Agriculture and the Barbados National Standards Institute, of what he needs to do in order to make a sustainable business,” Mr. Clarke explained, emphasising that success depended heavily on compliance and building capacity within the industry.

The regional meeting on the establishment of standards for coconut water production was organised by CARDI and CROSQ. Among the attendees were representatives from the Barbados National Standards Institute, the Ministry of Health and other key players from Jamaica, Trinidad and Suriname.

Barbados is among 11 Caribbean countries engaged in the Coconut Industry Development for the Caribbean Project, the result of a partnership between CARDI and the International Trade Centre. It is funded by the European Union to the tune of Euros 4 million.