Renewable Energy Cooperation Can Be Beneficial 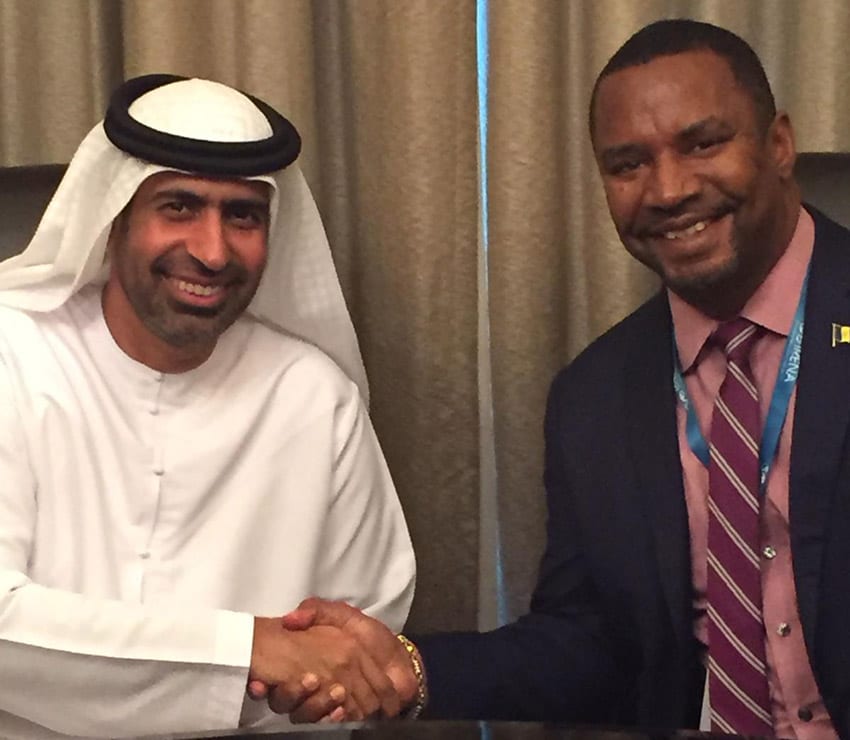 He suggested to his SIDS counterparts that they cooperate to avoid duplicating efforts and repeating mistakes. “The one element which will inform our success in the area of renewable energy (RE) generally… and which is muttered and mentioned but hardly ever spoken about in concrete terms, is the need for inter-island cooperation. … Our budgets cannot accommodate unnecessary missteps; it is therefore imperative for us to learn from each other and to have continued dialogue.”

The Energy Minister pinpointed transportation and energy storage as two RE areas to which SIDS should pay close attention. He noted that transportation was a neglected area of the energy sector and the size of SIDS made them ideal for the use of electric vehicles.

Mr. Abrahams suggested that such vehicles, when linked to solar photovoltaic installations for charging, could not only help balance the grid in terms of distributed storage but also assist in the democratization of renewable energy and building resilience in the face of climate change.

He also noted that since SIDS have isolated grids, the importance of energy storage became critical, especially in view of the abundance of wind and solar.

“We are not daunted by the work that needs to be done, we consider, as I am sure all SIDS do, that we have a national imperative based on our very existence to do everything possible to reach our target, and together with the support of our partners we can achieve these results for the benefit of our people and ultimately for the greater good of the planet,” Mr. Abrahams said.