Responding To Emergencies: The Barbados Plan 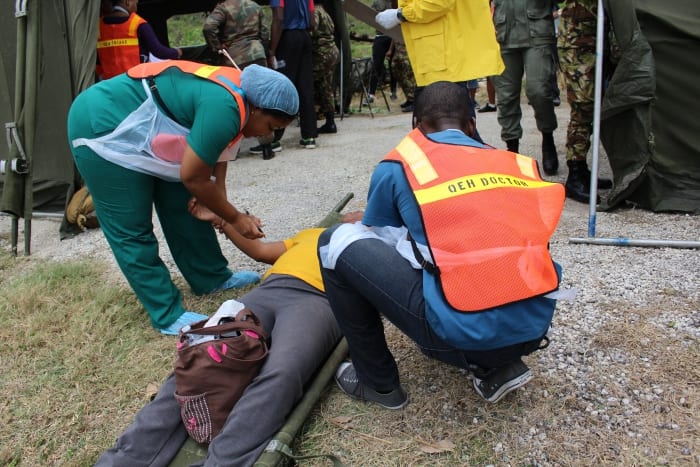 Early projections for the 2018 Atlantic Hurricane Season anticipate above- average activity, with 14 named storms – seven of which are likely to become hurricanes – and three major hurricanes.

With memories still fresh of the devastation left behind by last year’s Hurricanes Maria and Irma in the region, a greater focus is being placed on the planning process for the season this year.

Barbados, like its regional counterparts, is not immune to hazards such as floods, drought, tropical weather systems, earthquakes, landslides and tsunamis. While the island has been spared the brunt of weather systems in recent years, Deputy Director of the Department of Emergency Management (DEM), Captain Robert Harewood, disclosed that nevertheless, there is a National Disaster Plan in place.

The Plan, he explained, outlined the National Emergency Management System (NEMS) in Barbados and identified the sectors and agencies responsible for specific Emergency Support Functions.

The National Disaster Plan ensures effective planning and response to critical events by providing a structure for the utilisation and management of human and material resources at the public, private and community levels.

The Deputy Director further pointed out that it also provided general information on Barbados’ hazard landscape and vulnerabilities, demographics, and typography, among other things.

The Plan’s main objective is to provide a framework for centralised coordination and direction of the public and private sector.

“Annexed to that plan is the National Emergency Response Plans of several agencies or sectors. For example, the Ministry of Health, the Ministry of Transport and Works, the Royal Barbados Police Force, the Barbados Fire Service and the Ministry of Tourism. These annexes make the plan holistic,” Captain Harewood pointed out. 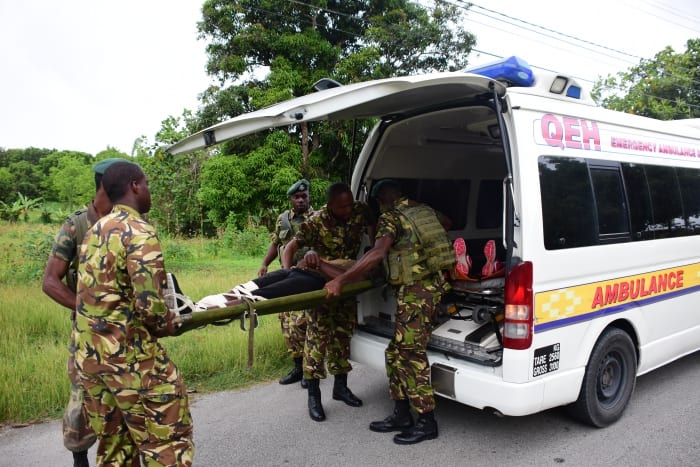 He explained that the agencies/sectors within the NEMS brought together their separate operational plans to ensure there was collaboration and that the various agency plans could “dove tail” into each other for an effective/efficient national response.

“Other objectives seek to provide that coordination/consolidation of the individual entities, as well as describe the actions that should be taken by the NEMS to prepare and respond to specific hazards for which Barbados is vulnerable,” he indicated. Those hazards include tropical weather systems, earthquakes, droughts, bush fires, and hazmat, transport and health/ecological incidents.

Captain Harewood added that the National Disaster Plan also sought to outline the methods and systems that should be used to warn and protect the population from hazard impacts; clarify and ascribe the roles and functions for emergency and disaster management; and explain the procedures that should be followed to reduce vulnerability, save lives and reduce suffering in emergencies and disasters.

The Deputy Director noted that the National Disaster Plan also sought to promote a common understanding of emergency and disaster management concepts, principles, procedures and operating systems, and explained the procedures that should be used in acquiring, mobilising and managing materials, manpower and equipment at a major incident or major incident site.

The procedures for obtaining regional or international assistance if necessary in an emergency or disaster are also outlined in the National Disaster Plan. The DEM official said that in the event of a disaster, Barbados’ plan enabled the island to receive assistance through the Regional Response Mechanism, which is coordinated by the Caribbean Disaster Emergency Management Agency’s (CDEMA) Coordinating Unit and the Regional Coordinating Centre. 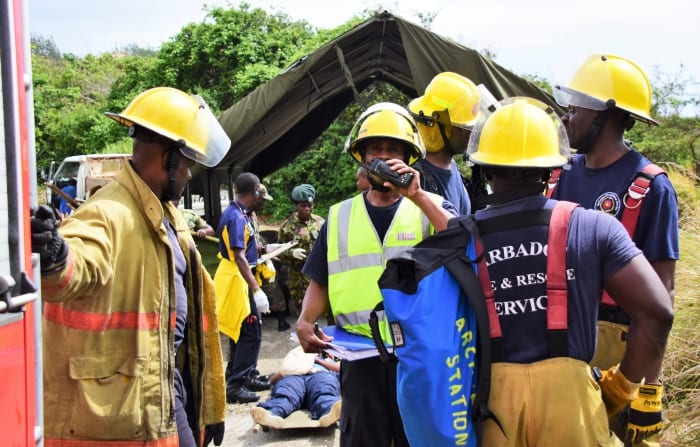 Under that mechanism, he explained, were a set of Regional Plans, standard operating procedures and memoranda of understanding designed to provide the 18 CDEMA participating states with regional and international resources to support them during a crisis.

There are also provisions for inter-governmental/country bilateral agreements for cooperation. “Within the regional response mechanism, there is a Rapid Needs Assessment Team, a CARICOM Disaster Relief Unit, Caribbean Damage Assessment Teams, Caribbean Operational Support Teams and Urban Search and Rescue Teams that can be called upon at the regional level if they [the Participating States] were significantly impacted,” the Deputy Director explained.

As it relates to recovery for the island post-disaster, Captain Harewood said the response plan of each entity would include consideration for the initial recovery period. However, he noted that rehabilitation and reconstruction, which are elements in the recovery phase, were more long-term interventions and were generally coordinated by a National Recovery Committee or task force following an event.

“The level of the hazard impact would guide the type of recovery programme implemented. The National Disaster Plan does give guidance to a process, but essentially, this type and level of impact would drive the recovery strategy employed,” the Deputy Director pointed out.