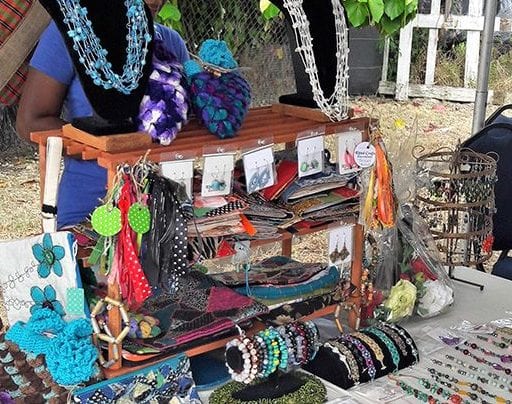 With Co-op Mart into its fourth consecutive Saturday, Registrar of Co-operatives and Friendly Societies, Brent Gittens, is pleased that it is growing.

In a recent interview with the Barbados Government Information Service, he said: “We are definitely satisfied with what we have seen over the last three weeks, but we are hoping for more people to come out.  We have some repeat patrons, so it means definitely there is something in the Co-Op Mart they are interested in…. Also, we are finding that where previously some persons were driving past, they are now stopping, seeing things they like or have an interest in and purchasing.”

Mr. Gittens stressed that Co-op Mart helps to create opportunities and employment for innovative Barbadians. Pointing out that the aim of the Saturday showcase was to heighten awareness about co-operatives as enterprising entrepreneurs and innovators in the Barbadian marketplace, the Registrar said it gives them another platform to exhibit their goods and services.

He also explained that the attraction to the Saturday market was as a result of the high quality items on display.  He noted that over the three Saturdays patrons were able to purchase “great farming produce”, such as sweet peppers, pumpkins and fruit and vegetable juices, “high quality, locally-made costume jewellery” and “very innovative natural soap and body and facial scrubs”.

“It is about supporting entrepreneurs who are making a contribution to our country’s economy, giving small business persons a chance to sustain themselves to be able pay their bills, take care of their children and families and allowing them to be able to survive in these very challenging times,” Mr. Gittens said.