Road Tennis To Get A Boost 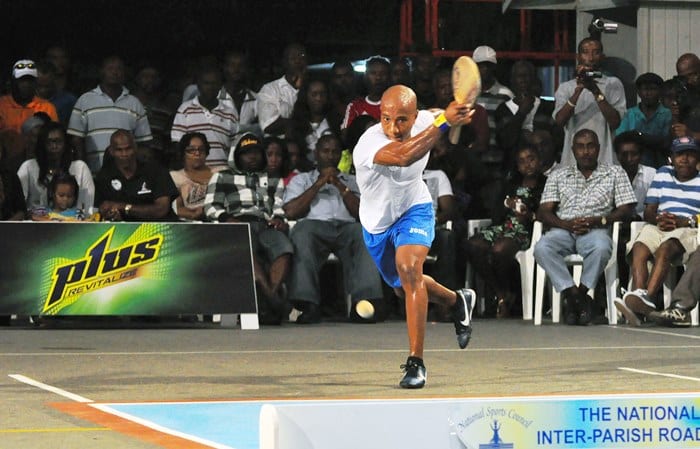 Over the next few days, Barbadians will witness the result of five years of work by the Ministry of Culture, Sports and Youth to elevate the status of road tennis as a widely-played sport in Barbados and the rest of the world.

Speaking at the opening of the first City of Bridgetown World Road Tennis Championships 2016, held at the Springer Memorial School, Sports Minister, Stephen Lashley, noted that road tennis was Barbados’ “gift to the world of sport”.

“I am very pleased with the phenomenal growth especially over the past five years, with significant tournaments developing bringing with them exposure and reward to players in particular. These tournaments are critical to the overall growth and development of the game,” he stated, adding that it was his belief that road tennis would continue to be a “signatory beacon” to the development of sport in Barbados.

Mr. Lashley noted that over the past five years, his Ministry, through the National Sports Council and other entities, had injected support into the development of road tennis in Barbados.

He pointed to the decision to host a workshop focused on Regional Certification for Coaches from across the region and also highlighted a tour  which was conducted earlier this year where officials from Barbados toured select Caribbean states to further educate coaches to the sport.

In addition, the Minister noted that the World Road Tennis Championships would involve the special needs community, as persons with disabilities would be given the opportunity to embrace a unique sporting discipline for rehabilitative care.

He  disclosed that during the first half of 2017, there would be the first road tennis tournament organised for ‘Special Needs’ athletes in Barbados with the hope that the discipline would be a part of the Special Olympics Calendar in the future.

Acknowledging the many strides made within the past five years, the Minister, expressed the view that “the development programme of the National Sports Council and the World Road Tennis Federation is bearing fruit.”

While expressing the hope that the sport would be “lifted even higher” in the coming years, the Minister stated that there was a need for the game to be played within the schools and communities across the region. According to him, this would further deepen “peace and goodwill among our countries.”

He urged participants in the tournament to work hard to keep the sport alive. “We have created a beautiful product, one worthy of recognition and acclaim. Let us all work hand in glove to ensure that our labours will not be in vain. We have envisioned it, our forefathers have demanded it, let us sustain it by doing what is necessary to develop it further.” said the Minister.

The World Road Tennis Championships will see several regional and international teams competing for cash prizes of up to BDS $20,000.