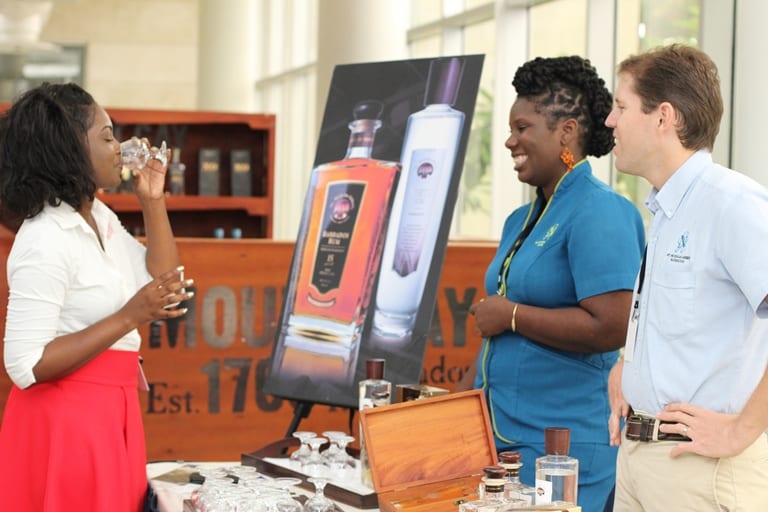 Barbadians, as well as delegates attending the Barbados Network Consultation 2016 (4th Diaspora Conference), will have the opportunity to sample a variety of locally made rum over the next few days at a Rum Café opened as part of the conference.

Addressing the official opening of the café on Wednesday in the Western Foyer of the Lloyd Erskine Sandiford Centre, Minister of Foreign Affairs and Foreign Trade, Senator Maxine McClean, described the showcase of local rum as the beginning of an “excellent collaboration” between rum producers who were often competing against each other in the same marketplace.

“This is an arrangement that we can set up at any function in Barbados. I as Minister of Foreign Affairs and Foreign Trade would welcome something like this on one of our trade missions where we take our rum to the world,” she stated.

Senator McClean added that Barbadian rum was an “iconic” product which dated back to the 18th century and beyond, and was an essential part of being Bajan. The Minister also credited the late Prime Minister David Thompson with recognising that there was a need to market Barbados’ “rum story”.

According to her, when Mr. Thompson was approached with the idea to host a Food and Wine Festival, he insisted that rum be added to the name, making it the Food, Wine and Rum Festival.

The Minister also lauded organiser of the Rum Café Jeffrey Roach, for conceptualising the initiative and bringing it to fruition.