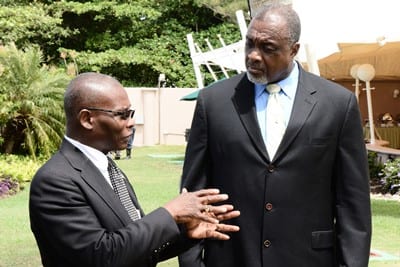 Barbados’ delegation to the October 17 to 20 Third United Nations Conference on Housing and Sustainable Urban Development in Quito, Ecuador, successfully carried the fight for the development of rural areas.

This was disclosed recently by Minister of Housing, Lands and Rural Development, Denis Kellman, who said the importance of rural areas as part of growth was accepted and highlighted at the event also known as the Habitat III Conference.

“Previously, when you spoke about rural areas across the world, one got the impression that the rural areas were some back place where no one wanted to live.

But, it has been now accepted, within the discussions of Habitat III, that there cannot be any real development or real economic growth or any development of a country if you only concentrate on your urban areas and ignore your rural areas so much so that as soon as rural areas are expanded and developed they are now branded expansions of urban areas.

“So, one can easily recognise how the world is now accepting that if you want to correct your environment and social problems, you first have to develop your rural areas. That fight was carried by Barbados and is now accepted worldwide.  Rural is not a back place any more.

Pointing out that as a result of this new concept their workload would get greater, he said every officer would be expected to play his or her part, as RDC continues to show that rural “is more than a social cost, but also the incubator for the productive sectors such as small farming, community tourism, and cottage industries”.