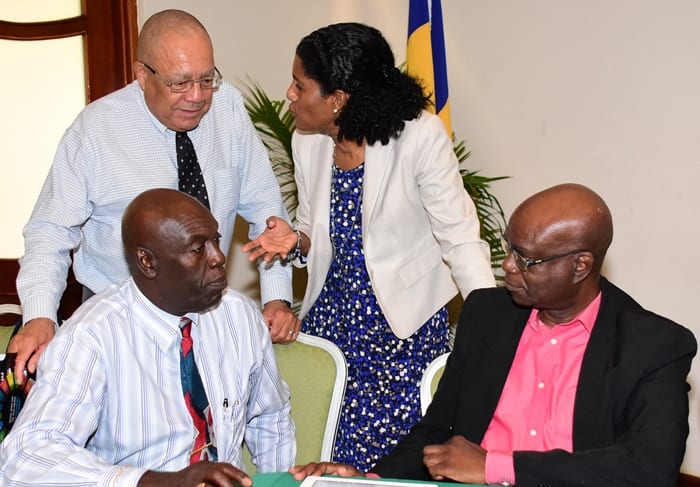 As Government presses ahead in this the Year of Productivity, a minister has reinforced the importance of safe workplaces as the avenue for improved productivity.

The Minister told the gathering that Barbados no longer had preferential treatment in global relations and trade. Given this scenario, she stated, the onus was on citizens to focus on being more productive.

Senator Byer Suckoo added: “…We have to stand our ground in the international marketplace and compete with the best of them.  So, it is important that we do what we can to produce more with less and that speaks to our competitiveness as the keys to unlocking success in this environment.

The Labour Minister said the conference’s theme: Safe Workplaces are Productive Workplaces, encapsulated the Ministry’s thrust to highlight the importance of productivity in this country. She said Barbados had limited natural resources but was blessed with people who were innovative and driven to succeed.

The Senator said while her ministry and the social partners were supportive of the creation of decent jobs, emphasis must also be placed on encouraging entrepreneurship, creativity and innovation.

“Given the current economic and social environment that dominates today, every business venture whether new or small…must embrace the view that competitiveness is paramount,” she urged.