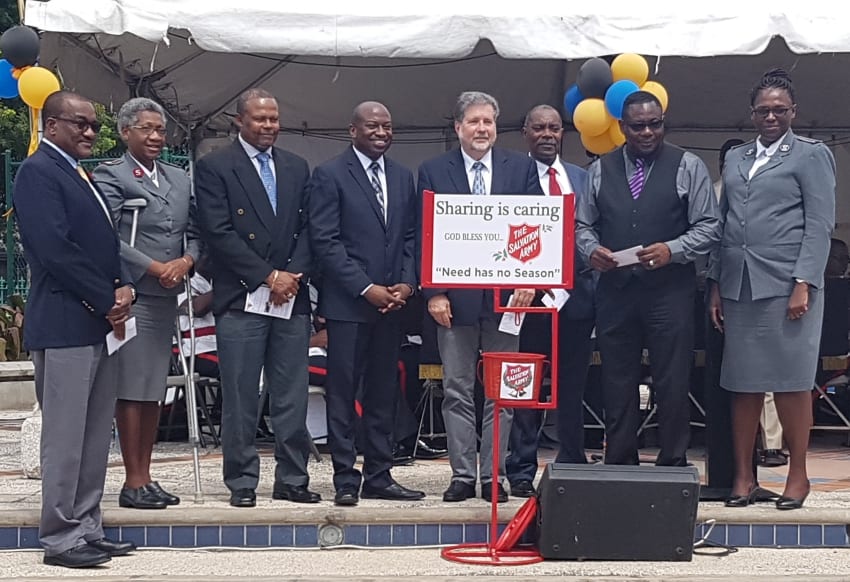 The provision of social services is no easy task as it requires dedication, commitment and collaboration by the government, the church, civil society and other non-governmental organisations.

This is according to Minister of Social Care, Steve Blackett, who was speaking earlier today at the launch of the Salvation Army’s Christmas Kettle Appeal.

The Minister praised the Salvation Army for its “commitment and dedication to a cause that is so important to the destitute persons on our island who depend on your kindness and compassion to execute this venture every year”.

He noted that through its partnership with Government, the Army distributes over 150 meals daily to persons who reside primarily in St. Michael, St. Thomas and St. George. He noted that in addition to these meals, the Salvation Army assisted with school uniforms and supplies for less fortunate children.

Minister Blackett acknowledged that Chairman of the Salvation Army’s advisory committee, Paul Bernstein, was also present at the launch. He urged Barbadians to dig deep and give generously this year to assist them with reaching their goal.

He revealed that the Salvation Army had fallen short of its target for the last two years and appealed to all Barbadians to give generously to ensure that it doesn’t happen this year.

The Salvation Army’s Kettle Appeal was first launched in Barbados over 100 years ago.