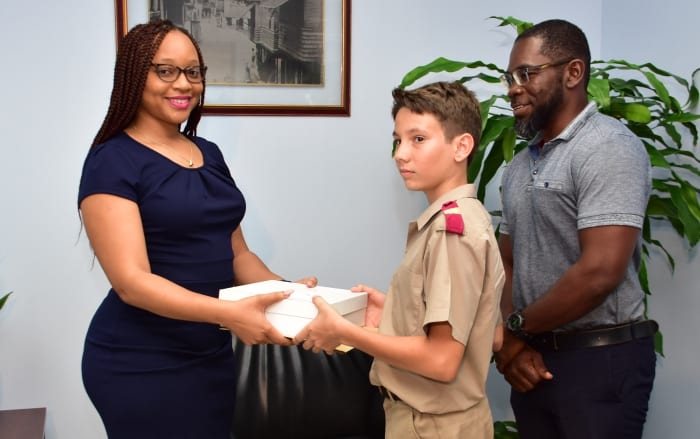 Several of this island’s secondary school students are preparing to design and build model solar cars for an upcoming race.

According to Michael Phillips, General Manager of Sam Lord’s Property Development Inc. (SLPDI), the company responsible for the oversight of the development, operations, and marketing of the resort, the pilot competition is expected to start next Monday, March 19, and will run for six weeks.

“The Solar Sprint Challenge is founded on the New Jersey-based, non-profit organisation TransOptions’ annual STEM programme, Junior Solar Sprints. It is made possible through an initiative of SLPDI, the Wyndham Hotel Group – the hotel’s future operator – and TransOptions. For this first year, there are seven participating schools:  Princess Margaret Secondary, Christ Church Foundation, The Lodge School, St. George Secondary, Harrison College, Queen’s College, and The St. Michael School,” he revealed.

In giving the rationale for the STEM project, Mr. Phillips explained that it was closely aligned with the resort’s “strong eco-friendly positioning”.

“In the design of the vehicles, the young engineers would need to consider the effects of friction, inertia, speed, momentum, gravity and drag, as well as the selection of materials for the design of the vehicle’s chassis and wheels. The students would also assess aerodynamics, the motion of air and the forces that act on a body in motion,” the general manager indicated.

Vehicles in the competition will be evaluated based on the following criteria: speed; engineering; craftsmanship; use of recycled materials; and the maintenance of a progress journal documenting participants’ research of relevant topics, including solar energy, gear ratios and other academic areas.

According to Mr. Phillips, packets would be provided that include information and activities that will demonstrate the operation of solar cells and gears. After a period of building, testing and experimentation, the students will compete in a number of divisional races for the fastest, most-innovative and best-engineered vehicles.

TransOptions, which will provide technical advice for the project, has also issued an invitation to the future winners of the competition to participate in the finals of their Junior Solar Sprint Challenge in the United States.

During the launch of the challenge, students were presented with instruction packets and kits inclusive of motors, gears, axles, wheels, a battery pack, screw eyes, alligator clips and solar panels. Teams are expected to consist of three to four students from first to fourth form.

Sam Lord’s Castle, A Wyndham Grand Resort, is expected to open for the 2019 winter season.  The 450-room, government owned property, anticipated to employ up to 1,000 staff, is designed to meet LEED (Leadership in Energy and Environmental Design) Platinum specifications.  LEED is the world’s most popular green building certification programme.