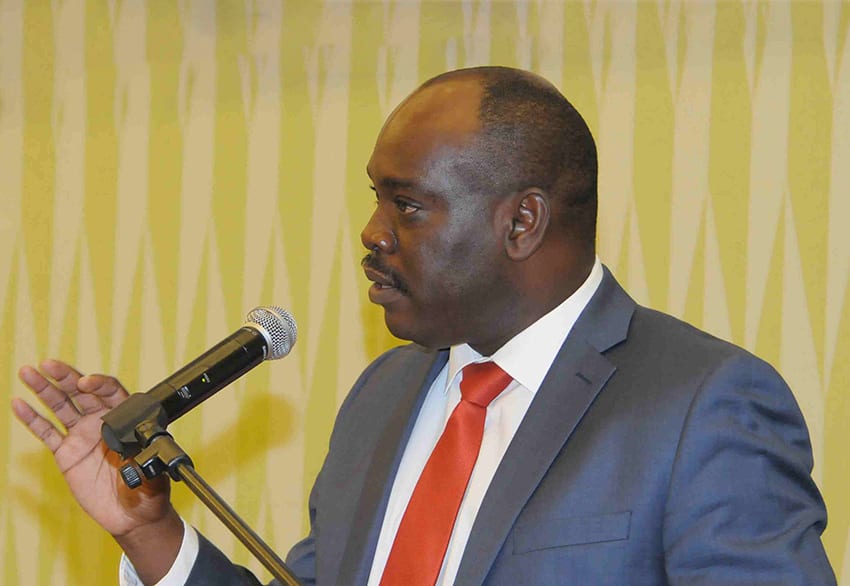 Those persons who bought savings bonds three years ago under the marketing campaign will not be affected by Government’s debt restructuring.

Minister in the Ministry of Finance, Ryan Straughn, emphasised this point today, saying Government would protect their interests as all responsible administrations were meant to do.

Mr. Straughn made the comments as he delivered the feature address on behalf of Prime Minister Mia Amor Mottley, at the Barbados Stock Exchange’s Sixth Annual Conference on Corporate Governance and Accountability, at Hilton Barbados Resort.

He told his audience: “It is important to point out that the Government of Barbados has decided to ring fence those holders of savings bonds on the basis that the principles of good corporate governance were not followed.  The fact that the minimum deposit rate was reduced in such dramatic fashion, whilst almost simultaneously offering the public the opportunity to earn a return of 5.5 per cent, was simply too good to pass up.

“However, the fact that none of the persons who bought the said securities were told that the Central Bank of Barbados at the time was printing $50 million per month to finance Government’s expenditure, represented certainly in my mind, a breach of trust. In other jurisdictions, such a deliberate lack of financial disclosure would lead to someone heading to a correctional facility, dressed perhaps in orange.”

Mr. Straughn added that Government had created a special instrument for pensioners with Government securities, so they would receive principal payments over the next four years. He stated that Government was cognisant that many individuals with bonds might not have read the detailed prospectus when they purchased their existing securities.

He gave the assurance that Government would endeavour to further sensitise the public as to the signals to look for before committing one’s hard earned monies.

Mr. Straughn noted that Government’s recent announcement that it had reached a Staff-Level Agreement with the International Monetary Fund might have appeared that it was done in a short period of time.

“But in reality, this has been the result of two years of careful monitoring of the rapid economic decline and planning on our part to make sure that this became a reality. It must be said very clearly, that the reaching of the IMF Staff-Level Agreement is an important signal to the market that Barbados is on its way back,” he declared.

He reminded his audience that Government took the decision on June 1, 2018, that the country should undergo a comprehensive debt restructuring exercise, including both foreign and domestic securities.

Mr. Straughn said that to the objective observer and investor, any glance at the financial balance sheet of Barbados could conclude that the country was insolvent and that clear and decisive steps were needed to effectively address the situation.