Scholars Urged To Be Good Ambassadors 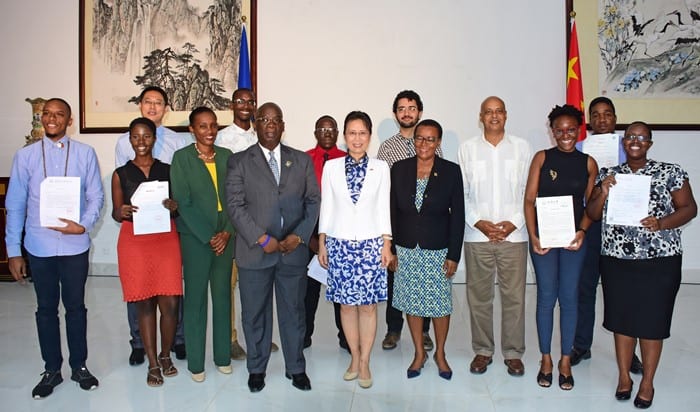 The 2017/2018 recipients of the Chinese Government Scholarship have been urged to do their best, be good ambassadors for Barbados and most importantly to learn the language and immerse themselves in the culture.

These words of encouragement were given by Minister of Education, Ronald Jones, at the delivery ceremony of the admission letters for the scholarship winners, held recently at the Chinese Embassy, Golf Club Road, Christ Church.

Mr. Jones told the eight of the 10 recipients present at the ceremony that Barbadians had been benefiting from these scholarships for many years and now they also had a “great opportunity to extend your wings and your horizons.

“To you, the 10 scholarship winners, my heartiest congratulations to all of you… You are going to be emerged into an environment that is going to strengthen you and give you the opportunity to meet many other persons from across the world. Move about the space, and feel the culture and energy of the people,” he stated.

Ambassador of the People’s Republic of China, Wang Ke, extended warm congratulations to the students and their parents and gave them similar advice.

“Besides studying, you are encouraged to go out of your campus to have contact in the society, to engage with Chinese people and experience the culture and make Chinese friends. Also promote your country and become an Ambassador.”

She also encouraged them to be brave and “overcome any difficulties”, as they would encounter some difficulties for the next year as they learned to write and speak the Chinese language. 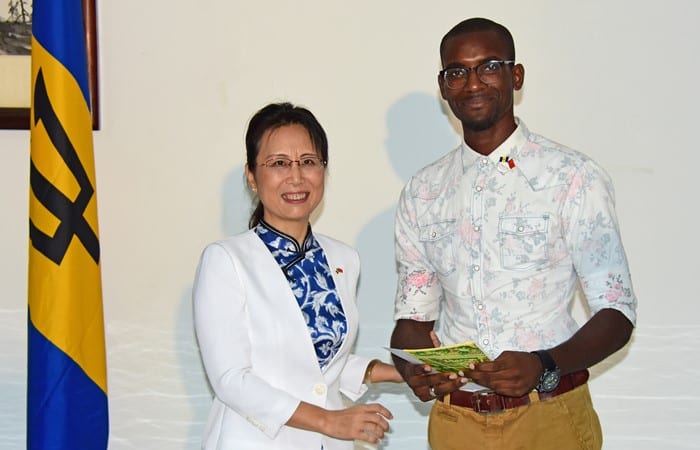 Ambassador Wang Ke extended her appreciation to the Ministry of Education, Science and Technology for collaborating with the People’s Republic of China to implement the Chinese Government Scholarship.

“It is very important that I also express my appreciation and the appreciation of the Government and people of Barbados to Ambassador Wang Ke and the entire staff of the Embassy and the People’s Republic of China for your tireless work and the expressions of friendship towards Barbados and Barbadians which u continue to display.”

Minister McClean told the students gathered, that it was an “honour and a privilege” for them to have received these scholarships to “very prestigious universities” and they should use the opportunity to network and represent Barbados.

“I was very particularly pleased with the several introductions and the thinking behind your choices of study and your choice of studying in the Republic of China. I am confident that you will all be successful in your studies and you will of course be excellent ambassadors for Barbados during your time of study abroad,” she maintained.