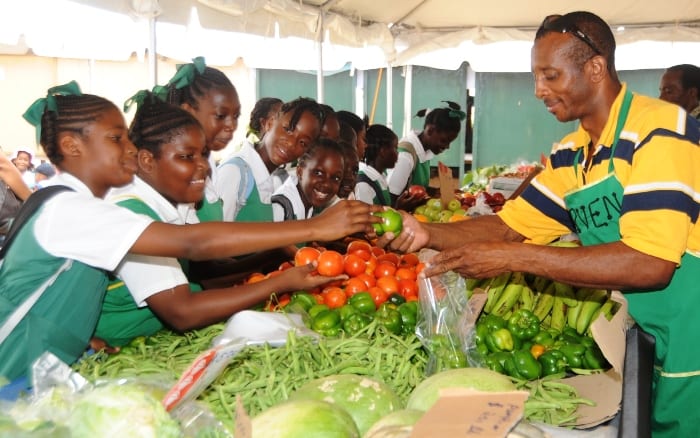 President of the Barbados Agricultural Society (BAS), James Paul, is fully committed to the belief that the future of agriculture lies in this nation’s young people.

Speaking last night at a media launch for Agrofest 2017 at the BAS’ headquarters, The Grotto, St. Michael, Mr. Paul stated that his organisation has over the years made a deliberate attempt to encourage young people to participate in the annual event.

He said: “We see the participation of the schools [in Agrofest] as being critical to the success of the event.  And, not only from the point of view of certain occasions but we believe and are fully committed to the view that the future of agriculture lies in our young people.”

The BAS President noted that his organisation had the “full support” of schools, which allowed students to attend the first day of Agrofest to experience the three-day event first-hand, and gain insight into what the farmers do.

He described it as an “opportunity for them to leave an indelible imprint on young minds as to what they can contribute when it comes to agriculture”. Mr. Paul added that he wanted to show the youth that there was “a bright future” in the sector.

“There is a whole world of learning, in terms of the whole question of genetic environment of our animal stocks in Barbados. The fact that recently we just had to import actually over 100 heifers into Barbados indeed shows a weakness that we have in our breeding programme in this country.

“And, the fact that we have young people who are interested in terms of developing good breeding programmes for animals… and that is also a way of earning foreign exchange for this country,” he asserted.

The President also thanked the regular sponsors who throughout the years supported Agrofest, among them the Ministry of Agriculture, the Rural Development Commission; Platinum sponsor Pinnacle Feeds; and host sponsors Farmers Choice and the Caribbean Broadcasting Corporation.