Schools Urged To Have Disaster Plans

Schools across Barbados are being encouraged to develop, implement and practise emergency response plans.

Director of the Department of Emergency Management (DEM), Kerry Hinds, yesterday called on all teachers, students and staff of schools across the island to play a part in developing and practising these plans.

She was at the time speaking during the opening of the second annual Schools’ Hurricane Symposium at the Queen’s Park Steel Shed.

“Students, I want to encourage you to take an active lead in some of the hurricane preparedness activities in your schools. This can be done at home as well…

“To all teachers, I encourage you to engage your students in the classroom to be able to make informed choices and take the necessary actions when a disaster strikes.

The DEM Director further noted that both teachers and students should ensure that drills were conducted at their schools once every term.

She stressed that it was a proven fact that having the right knowledge, skills and attitudes in terms of preparing for, responding to, and recovering from disasters could mean the difference between life and death. 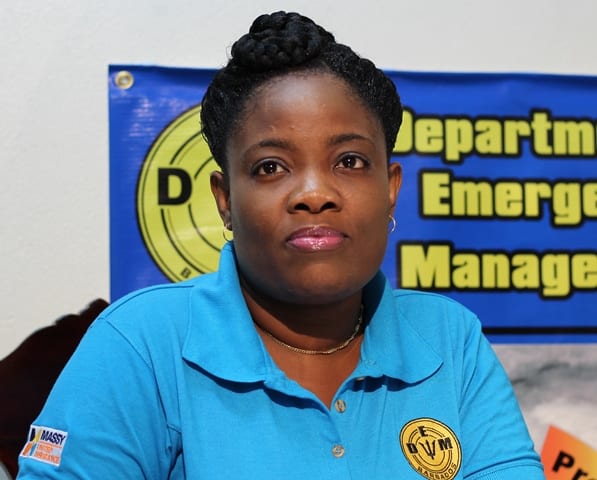 Ms. Hinds pointed out that the DEM had implemented a National Schools’ Programme aimed at increasing hazard awareness among schools and presented the Ministry of Education with the Schools’ Model Emergency Operations Plan in 2015.

However, she lamented, many schools still had not adopted the plan and only had emergency procedures for fire hazards. Despite this, Ms. Hinds gave the assurance that the DEM and the Ministry of Education would continue assisting schools with the adaptation and annual testing of their plans.

Students received a survivor’s account of Hurricane Ivan from Deanzer Roberts, and presentations were also made by officials from the Barbados Light and Power Company Limited and Talius Barbados. Simon Alleyne and Deystra Browne also presented a short skit entitled: Ready or Not.