Schools Urged To Set 11 Plus Targets 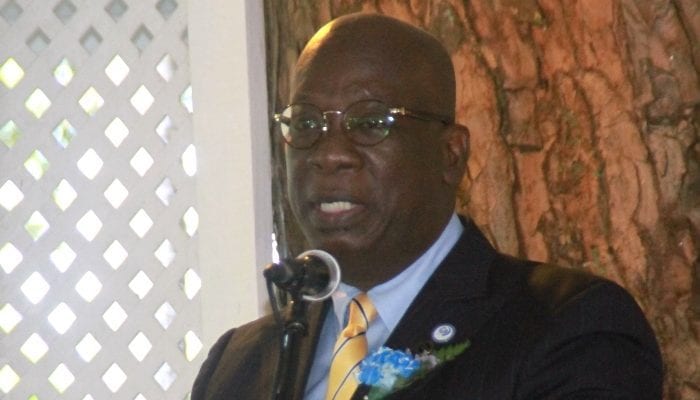 Rather than simply focusing on the national mean of the Barbados Secondary Schools’ Examination (BSSEE), schools are being advised to set the target they want to achieve in any given year.

This recommendation came from Education Minister, Ronald Jones, as he addressed the 2017 graduating class of St. Bartholomew’s Primary School, at Sunbury Plantation in St. Philip.

Explaining further, Mr. Jones said: “If the target that you want to see the school move from [is] maybe 50 per cent on average or 60 per cent average or mean, to 70 or 80 per cent, [the] that’s what you strive for. Those who are at 95 per cent will also be striving to get to 99 or to 100 percent. Know that the percentage move from where you are now to where you want to be would be the significant movement that should be celebrated.”

He noted that the Ministry had examined the statistics and seen how schools that fell below the national mean tried very hard to get above it but as their scores increased, so did others.

Emphasising that the notion of competition within and between schools had to be erased, Mr. Jones declared the focus had to be on collaboration and raising the standards of all children within schools. 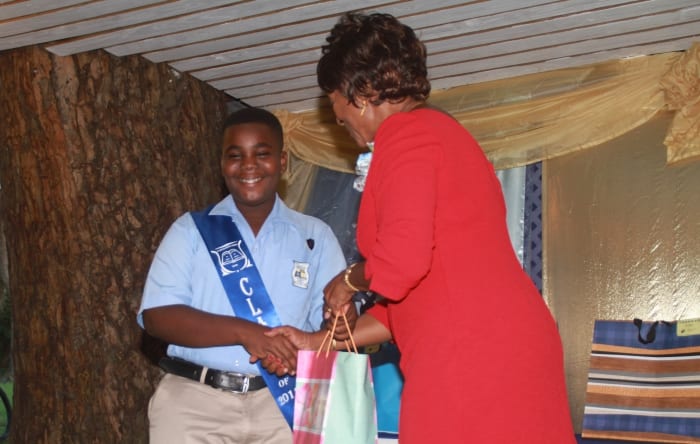 While noting that the school could be proud of its upward movement, she said it was still not where it aspired to be and they aimed to surpass the mean. She, however, surmised: “This certainly will not be without obstacles as we remain forever cognisant that there are certain peculiarities that exist at our school that may not exist elsewhere.

“Furthermore, each year, the cohort of students changes from one where the majority of students are well-equipped intellectually to assimilate the various content offerings, to one where the students who are average performers, who require continuous remediation and who tend to lack parental support outnumber the others. This phenomenon is usually noted as students’ progress from one class to another.”