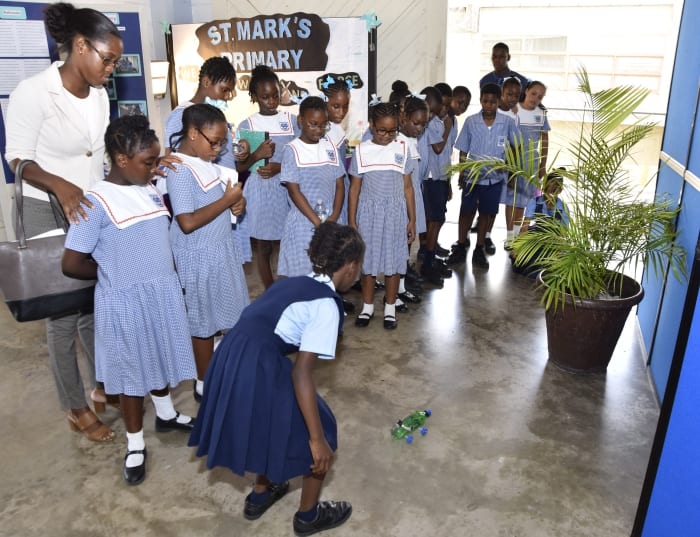 The second Barbados Light & Power (BL&P) Electricity and Renewable Energy Science Exposition was praised for showcasing a high level of creativity and innovation.

The event, held on Tuesday, in conjunction with the Media Resource Department (MRD) of the Ministry of Education, at the Samuel Jackman Prescod Polytechnic, showed how well loved science was among primary and secondary school students. Children six years and older impressed both judges and patrons with their explanations on the various projects.

Minister of Education, Science, Technology and Innovation, Ronald Jones, who was moved by the displays, said: “Based on the ages of these children and the work that I have seen thus far … shows that many of them have a strong scientific bent. Many of the projects for me demonstrate how you can use solar energy, green energy… biodiesel generation using algae.  I was pretty impressed by some six-year-olds that I saw using the acid from both lemons and tomatoes to generate energy.”

Declaring that the exposition was an indication that schools were on the right path, he noted there was still much more to be done.  He said his Ministry would, over the next few years, ensure opportunities were available to facilitate the development of “genuine scientists”.

Mr. Jones stressed that this was because the future development of the economy would be based on entrepreneurship, innovation and science and technology. 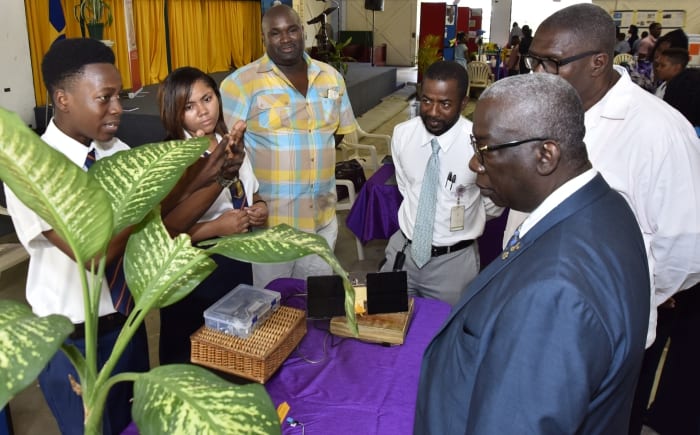 Meanwhile, Senior Engineer/Manager (Operations) at BL&P, Roger Beckles, while commending the MRD partnership, stated that the level of innovation and creative thinking in the schools was encouraging.

He further pointed out that BL&P had deeply invested in its community and from what they observed at the exposition the future was bright as it was “in very good hands”.