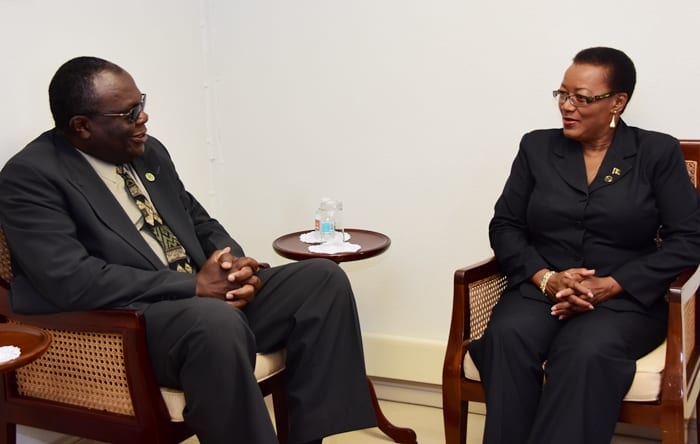 Mr. Hosein has been employed with CARDI for 13 years and has worked at the Institute’s headquarters in both Trinidad and the Cayman Islands.

He told Senator McClean that there were a few areas on which he was looking forward to working with Barbados, among them nutrition for livestock.

The Minister of Foreign Affairs said she was looking forward to working with the new Country Representative and hearing more of his ideas for collaboration on agriculture.

During the meeting, Senator McClean also spoke briefly with CARDI’s Executive Director, Barton Clarke. He shared the Institute’s plans for its cassava production programme and an ongoing project on renewable energy, as well as discussed the potential of the island’s coconut industry abroad.

The Minister also expressed an interest in working with the Institute to provide a youth agriculture programme, which would focus on livestock farming.