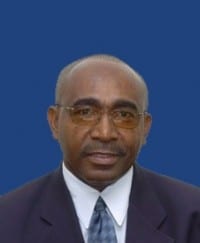 Senator The Honourable Darcy Boyce graduated in 1974 from the Mona Campus of the University of the West Indies with a first class honours degree in Economics.

After gaining the degree of Master of Business Administration (MBA) in Finance from the University of Toronto in 1979, he qualified as a Certified Management Accountant (CMA) in 1984 and is a Fellow of the Institute of Chartered Accountants of Barbados. He has responsibility for the portfolio of Energy, Telecommunications, Immigration and Invest Barbados.

Mr. Boyce has worked as an Economist with the Caribbean Development Bank, as a Director of Coopers and Lybrand Associates, as the Executive Director of the Agricultural Venture Trust, as the Partner in charge of Management Consulting, KPMG, as Deputy Governor – Operations of the Central Bank of Barbados between 2000 and 2004, and as Chief Executive Officer of the Barbados Tourism Investment Inc. from 2004. He has also served on the Board of Directors of several private sector companies.

Between 1992 and 2000, Mr. Boyce also served as the Coordinator of the Barbados Private Sector Agency to provide business sector input into the tri-partite governance arrangements in the country. Senator Boyce is the Minister in the Office of the Prime Minister with responsibility for Energy, Immigration, Telecommunication and Invest Barbados.