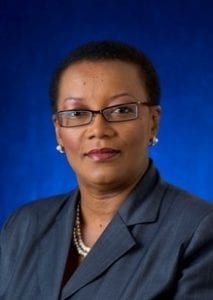 In 1979, she was awarded an OAS Fellowship to do graduate work at Ohio University, where she received the MBA in 1981 and the MA in International Affairs in 1982. She also received a Fulbright Fellowship to Louisiana State University in 1986.

During her academic career, she taught several management courses at UWI within the Department of Management Studies, in the Executive MBA and Executive Development Programmes of the Centre for Management Development, Barbados Institute of Management and Productivity, (BIMAP) and Louisiana State University.

In 1999, Senator Maxine McClean established her own consulting firm, Strategic Interventions Inc. As a Management Consultant, she has conducted in-house training for management and other employees of Goddards Enterprises Ltd., the Barbados National Bank, the Caribbean Development Bank and National Petroleum Corporation, and several small enterprises.

Senator McClean is a Past President, Vice President, and former member of the Board and the Supervisory Committee of the City of Bridgetown Cooperative Credit Union Ltd. She was Chairperson of the Board of Directors of Bridgetown Cruise Terminals Inc., a Director of Goddards Enterprises Ltd., RBTT Bank Barbados Ltd., the Barbados Stock Exchange Inc and Days Books.

A former member of the St. Stephen’s Church Council, Senator McClean was the first female Trustee of the Anglican Church in Barbados. She was also Chairperson of the Need Trust Fund of the Pinelands Creative Workshop. As an active entrepreneur, she was involved in the start-up and management of several small businesses and frequently assists a range of small entrepreneurs on a voluntary basis.

She is currently President of the University of the West Indies, Cave Hill Campus UWI Alumni Association.