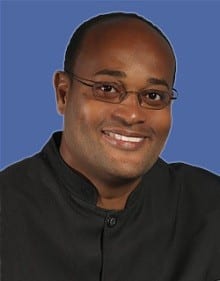 Prior to assuming this position, he was a Mathematics Teacher at a number of secondary schools in Barbados, including The Alleyne School, Queen’s College, Parkinson Memorial Secondary and Deighton Griffith Secondary School. He has also been a Marker with the Caribbean Examinations Council, a position he held from 1995 until 2007.

Mr. Todd attended the University of the West Indies, Cave Hill Campus and achieved a Bachelor of Social Sciences Degree in Economics and Mathematics in 1993. That same year, he enrolled at the Erdiston Teachers’ Training College and completed a Theory and Practice of Lesson Planning, Classroom Management and Effective Discipline Teacher Initiation Training Course.

Prior to this, he received his formal education at Erdiston Model School, The Lodge School, Harrison College and the Barbados Community College. Mr. Todd lists his interests as athletics, reading, cricket, soccer, swimming, table tennis, dancing, corresponding and meeting people. Presently, he is a member of the Beverley Hills Football Club in New Orleans.