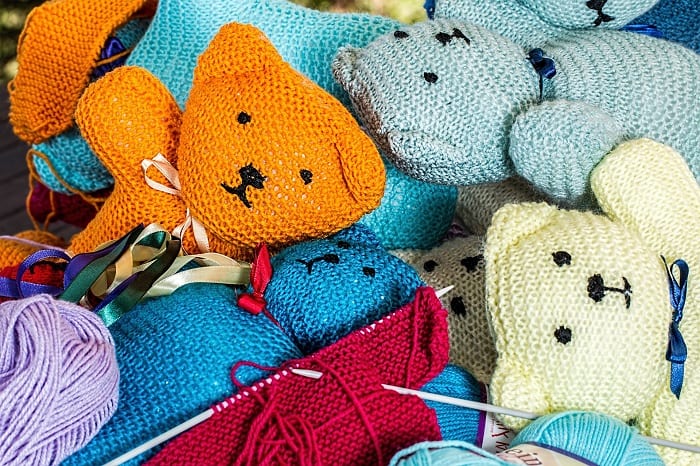 Speaking at the opening ceremony, Senator Patrick Todd, deputising for Acting Social Care Minister, Senator Darcy Boyce, explained that the biennial showcase allowed the general public to observe the intricate and excellent work which older persons are capable of producing.

“These exhibits demonstrate the skills and the competencies of older persons, as well as their commitment to lifelong learning and the acquisition of new skills. Equally important are the intangible benefits participants derive from the programme: the relationships which are cultivated among peers; the sense of achievement, fulfillment and pride which is felt in creating the various items; and the worth and self-esteem which is experienced are all immeasurable and invaluable,” Mr. Todd explained.

The broad goal of the Recreational Activities Programme is to provide a stimulating environment for elderly beneficiaries, which enables social participation and interaction.

Mr. Todd said that while ageing is a developmental process and signals a change in roles for older persons, it should not “exempt them from participation in meaningful activities”.

“The Recreational Activities Programme will continue to play its part in ensuring that as people age, they are not relegated to a passive and marginal role but that their life-span is enriched with purpose, accomplishment and a sense of belonging”, he shared.

The Acting Social Care Minister saluted the participants of the programme and thanked them for their resourcefulness, discipline, and application which they demonstrated throughout the programme.

“These are values which have not only ensured the continuity and sustainability of the Recreational Activities Programme over the years but …have underpinned the contribution which you have individually and collectively made to Barbados’ progress and development,” he said.

During the ceremony, a special tribute was made to craft instructors, Loleta Sealy and Cheryl Corbin, who were involved with the programme from its inception, and passed away in September and November 2015, respectively.

“Their sterling contribution to the programme; the way they managed the diverse needs and capacities of the elderly participants; their ability to foster cohesion in the various centres and the high esteem in which they were held by participants is well known. A section of the exhibition is therefore dedicated to them,” Senator Todd noted.

He encouraged all persons and even local organisations to support the event over the next three days and hoped the exhibits would inspire their imagination and creativity.