Several Meetings For PM Mottley At US Summit 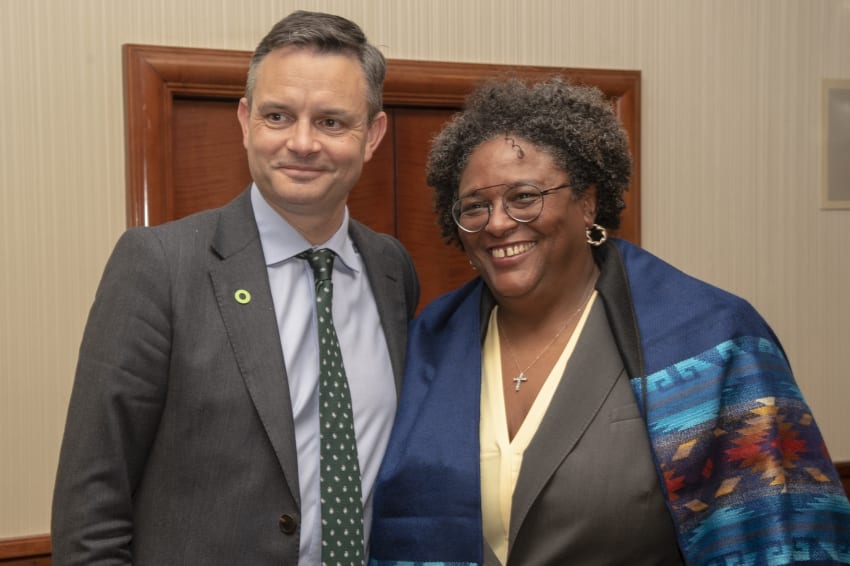 Prime Minister Mia Amor Mottley has been participating in a number of events at the September 12 to 14 Global Climate Action Summit in San Francisco, USA, which ends today.

On Wednesday, Prime Minister Mottley participated in the breakfast meeting Changing the Climate Conversation: Enabling Women’s Participation to Advance Climate Justice, at the Green Room at the War Memorial. 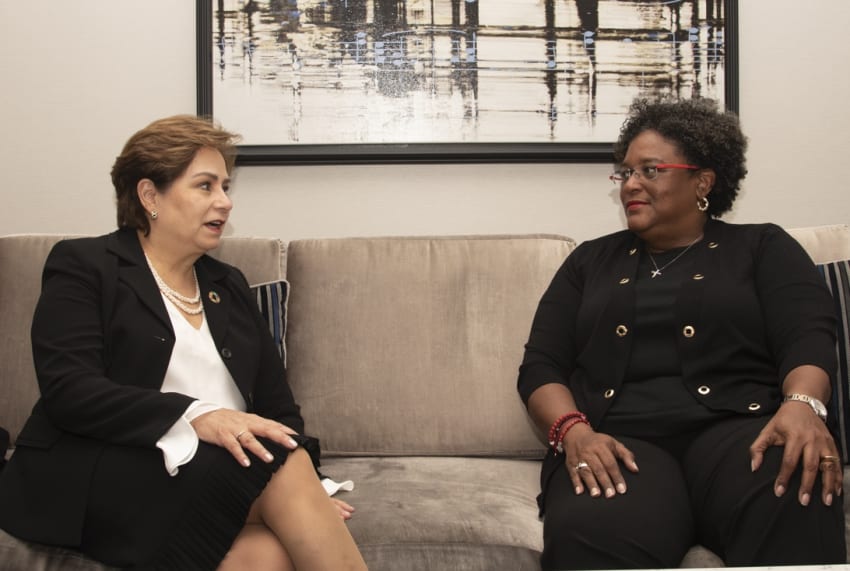 In the afternoon, the Prime Minister participated in a high-level Talanoa dialogue, which gave participants the opportunity to share stories, build empathy and to make wise decisions for the collective good.

Talanoa is a traditional word used in Fiji and across the Pacific to reflect a process of inclusive, participatory and transparent dialogue and it involves the sharing of ideas, skills and experience through storytelling.

In the evening, Ms. Mottley convened a bilateral meeting with New Zealand’s Minister of Climate Change, James Shaw.  It was attended by Permanent Secretary (PS), Alies Jordan; and Assistant Director-General on Climate and other Determinants of Health at the World Health Organization, Dr. Joy St. John.

Later that evening, Prime Minister Mottley attended a dinner hosted by former Mayor of the City of New York, Michael Bloomberg, at the San Francisco Museum of Modern Art.