Several Projects In Pipeline For 2018 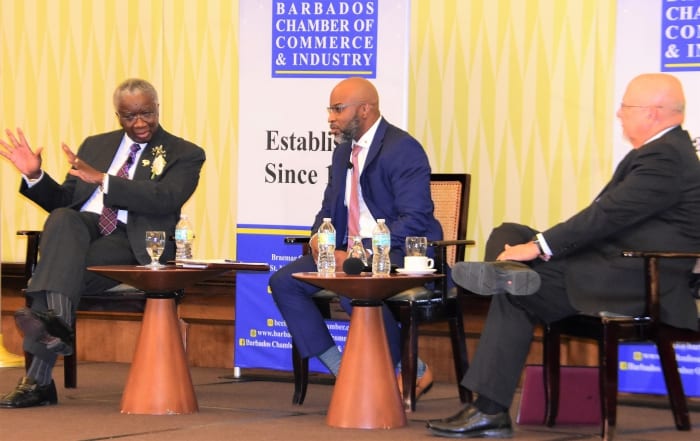 Government will do its best to ensure that vital growth enhancing projects which are now in the pipeline will commence this year.

This assurance came from Prime Minister Freundel Stuart on Wednesday as he delivered the feature address at the Business Luncheon of the Barbados Chamber of Commerce and Industry at the Hilton Barbados Resort.

Mr. Stuart explained that this was needed, not only to compensate for the expected contractionary effect which the fiscal adjustment measures were likely to have on the domestic economy during this year, but to boost the foreign currency reserves.

The Prime Minister disclosed that Government would be starting a number of new projects in 2018 and listed them as including the National Tourism Programme, the Grantley Adams International Airport Pavement Rehabilitation Project (runway), the design and construction of Berth 6 at the Bridgetown Port, and the Water Infrastructure Rehabilitation Project.

Speaking about the Public Sector Investment Programme, he said road works would commence in the first half of this year, after the contracts had been awarded, for Government’s Road Rehabilitation and Improving Connectivity of Road Infrastructure Project, which was signed with the Inter-American Development Bank.

“We can add to this the Development Bank of Latin America (CAF) Road Works Phase I Project for US$8 million, which is expected to commence this year. This includes the rehabilitation of just upwards to 7 kilometres of key segments of the primary road network.

“The Ministry of Transport and Works will be continuing its Mill and Pave Programme Phase II, which will continue the resurfacing of sections of the road network throughout the island, involving the rehabilitation of just upwards to 7 km of key segments of the primary road network, including drainage, construction of sidewalks, bridges and culverts and safety features,” he disclosed. 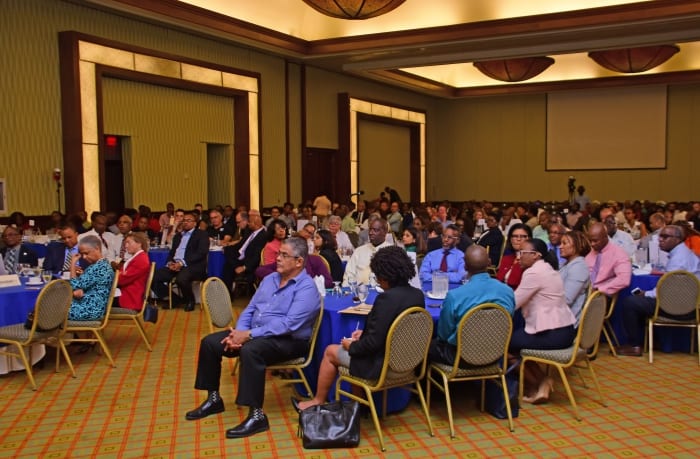 Members of the audience at yesterday’s Barbados Chamber of Commerce and Industry’s business luncheon at the Hilton Barbados Resort. (C.Pitt/BGIS)

Mr. Stuart told his audience that a Formulation and Implementation Policy would be part of a proactive effort to improve the execution of projects in Barbados, focusing on the public sector.

“The tourism sector will be an integral part of our recovery strategy, and I remind you of the US$1 billion dollar investment plan for Barbados, already in place, that will see the addition of over 2,300 rooms and the creation of 5,000 net new jobs in the economy of this country,” he disclosed.

While giving an update on the Investment Projects Programme, the Prime Minister said four projects – the Sands Condo Hotel, the Seabreeze Hotel Expansion, Accra Beach Development and Sam Lord’s Castle – were currently in the construction phase.

Stating that they should be completed between 2018 and next year, he explained that the hotels would represent an additional 690 rooms, with prospective employment for a further 1,500 persons on completion. He noted that together, they accounted for an estimated US$250 million in investment.

The Prime Minister added that other projects in the pipeline included Sandals Beaches (Heywoods), which should start in the third quarter of 2018; the Hyatt Centric Hotel which should now commence this year; and a new 150-room condominium hotel for the Bay Street corridor.