Sewage System To Be Upgraded 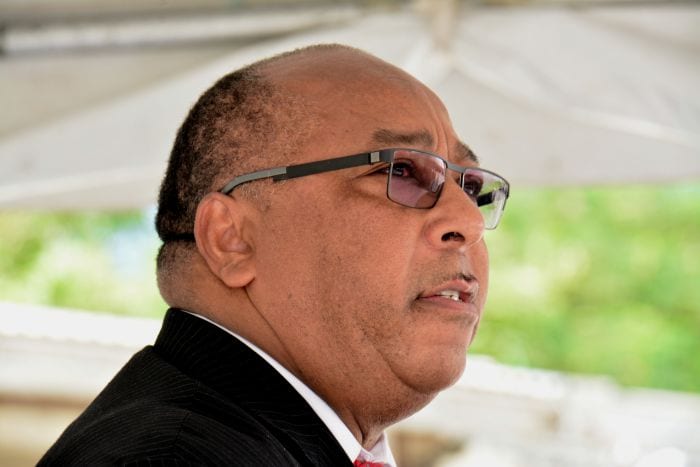 Major upgrades are on the cards for Barbados’ sewage system.

Minister of Agriculture, Food, Fisheries and Water Resource Management, Dr. David Estwick, made the announcement this morning, as he addressed the official launch of the Barbados Water Authority (BWA) and the United Arab Emirates (UAE) Renewable Energy Project. It was held at the BWA’s headquarters at the Pine Commercial Estate, St. Michael.

Noting the sewage issues which surfaced recently, Dr. Estwick highlighted the need to modernise the system.

“I am moving aggressively to rebuild our sewage systems. They’re all old, archaic and failing. This is the reality…and sometimes you can imagine the level of development that would’ve happened on the south coast since the 1990s, when that South Coast Sewage Plant was built. So, we’re now facing infrastructure issues and future capacity issues,” he said.

It is against this background that Dr. Estwick also revealed plans to recycle waste water, as he pointed out this is a critical reason why the BWA’s Waste Water Division was created.

“One of the things I am going to thrust going forward is to modernise our waste water and waste systems development, and this is the reason why we moved to set up a Waste Water Division, which is the way you have to deal with this… Separate waste water from potable water,” Dr. Estwick stressed.

The Minister outlined how recycling waste water could help to boost the water supply, pointing out that Barbados is a water scarce country and could no longer depend on rainfall to replenish the aquifers.

“The critical element of that is this, we have to stop moving to treat water and sending it out in the ocean for the fish.  We’re moving to treat our sewage and our effluence to a tertiary standard, and then introduce aquifer recharge,” Dr. Estwick explained.

“No longer will we be sending three million gallons of water into the ocean that can be brought back to land to supplement the water in our aquifers,” he stated.

According to Dr. Estwick, the time has come for “critical and urgent” strategies to be implemented to enhance the water and sewage infrastructure, as well as the operations of the BWA.