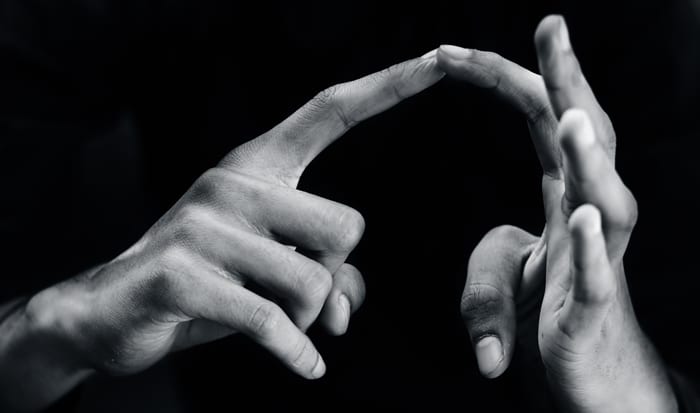 Emergency responders and community volunteers will now be better able to communicate with the deaf during a disaster, after recently completing a sign language course.

Police officers and members of the Barbados Coast Guard, the Barbados Fire Service and the District Emergency Organisations took part in the All Hands on Deck programme hosted by the Department of Emergency Management (DEM).

Speaking during the closing ceremony yesterday, DEM Director, Kerry Hinds, noted that the deaf community was one of the most vulnerable groups in society because of the inability of the wider community to communicate with them.

“Being able to communicate with the deaf via sign language is of great necessity, especially during a disaster. Having emergency responders and community volunteers trained in this area would ensure that, should the occasion arise where they have to lend assistance to a deaf individual, emergency responders and community volunteers would be equipped with the knowledge and training to carry out the task at hand,” she said.

She explained that the DEM entered into an agreement with the Barbados Council for the Disabled to collaborate on initiatives after being chided for neglecting the deaf community during the passage of Tropical Storm Matthew in 2015.

That agreement has resulted in the DEM having an interpreter signing to the deaf during its press conferences and launches through Facebook live videos, and releasing a public service announcement catering to the deaf on tsunami awareness.

Ms. Hinds said the All Hands on Deck programme represented phase two of the agreement, and was conducted over a five-day period during September and October, with 15 participants in each course.

“The purpose of this training was to reach a demographic that has been under served in the wider society, due to a lack of effective communication,” she said.

The Director said it was anticipated that the initiative would be sustained through bi-annual courses for different groups of emergency and community responders, annual refresher courses to ensure that their skills were updated, and participation in the national response capability exercises similar to Exercise TRADEWINDS.

It would also involve the implementation of scenario-based classroom exercises bi-annually for emergency and community responders, and maintaining close contact with the Barbados Council for the Disabled with the development of other initiatives. 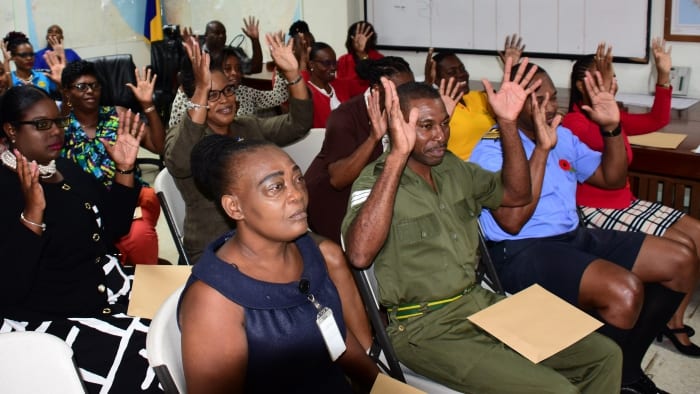 Participants in the “All Hands on Deck” Programme at the Department of Emergency Management (DEM). (C.Pitt/BGIS)

However, she said the first thing that had to change was the attitude of responders when it came to members of the deaf community. “Our deaf people are more than capable of being successful. They just need the opportunities,” she said.

Mrs. Leonce told participants that this was only the first step in the process and encouraged them to seek out ways in which they could be involved further.

During the course, participants were introduced to the basic signs and concepts in sign language, while there were also opportunities to interact with the deaf and learn more about their language.