Significant Increase In Fires For 2019

The Barbados Fire Service (BFS) is reporting a significant increase in fires for the first two months of the year, with grass fires increasing by 575 per cent, and rubbish fires by 100 per cent.

Chief Fire Officer, Errol Maynard, said there was an overall increase of 147 per cent in the number of fires the BFS responded to up until February 25 this year, compared with the corresponding period last year. He said the BFS responded to 2, 200 fires last year, of which 1, 500 were grass and rubbish.

“These fires continue to be considered nuisance calls as they cause our resources to be stretched unnecessarily, as most persons who start these fires are either burning garbage or clearing lots and not realizing that their actions are destroying the environment, causing distress to persons, especially those with respiratory issues, and also placing others in danger of losing their homes or even their lives, if and when these fires get out of control,” he said.

Speaking during an interview with the Barbados Government Information Service, Mr. Maynard said grass fires were having a significant impact on the resources of the department, with firemen using as much as 1, 200 gallons of water to fight one major fire.

In addition, he said the fires also impacted on the department’s manpower capacity and use of diesel, and contributed to wear and tear on vehicles.

Mr. Maynard suggested that persons should use non-fire methods to clean-up around their homes and avoid lighting fires, as it was dangerous, and could result in the loss of life and property. 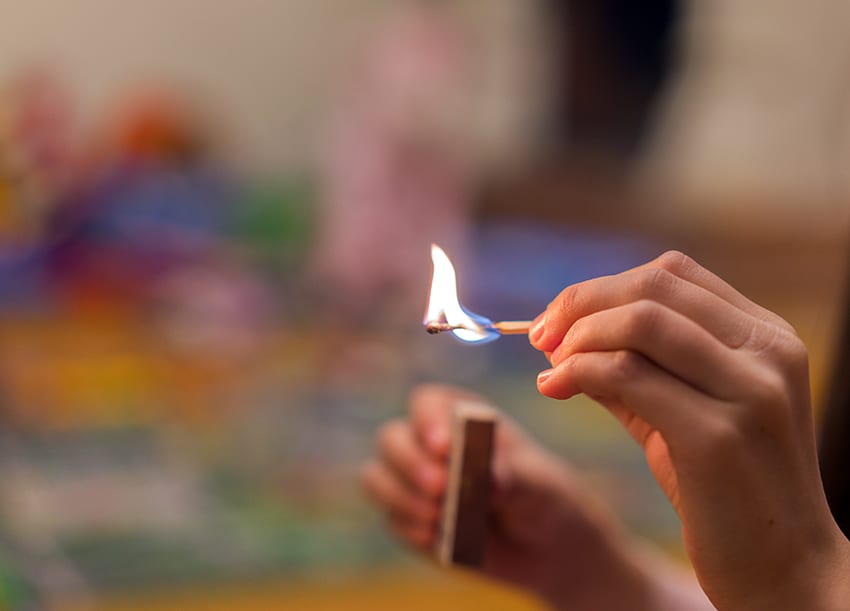 The Barbados Fire Service said another cause for concern was the returning tend of children playing with matches. (Stock Photo)

He also expressed concern about the notable increase in residential fires, with 14 house fires being recorded up to February 25, compared with 11 for the same period last year, representing a 27 per cent increase.

Mr. Maynard said the majority of these types of fires were caused by carelessness, electrical shortages and defective equipment.

He cautioned homeowners that they should pay attention to their fans and avoid overloading extension cords and charging cellular phones in bed and overnight.  He said persons should only use chargers that come with the phones.

Mr. Maynard also stated that persons should avoid using matches, which produce a naked flame. “Use gas lighters instead,” he suggested, while adding that firemen were also seeing a return of the trend of children playing with matches.

The Fire Chief said that flickering lights in homes should not be ignored, as it could be a warning sign that there may be an electrical problem in the home. Overall, Mr. Maynard urged homeowners to ensure that they install smoke detectors, acquire fire extinguishers for their homes, and take out the requisite insurance.