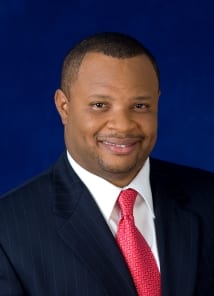 “Unfortunate and unwarranted” is how Finance Minister, Christopher Sinckler, has described a decision by local banks to suspend work on transactions for real estate and related activities.

Their action comes amid concerns over recent amendments to the Barbados Revenue Authority (BRA) Act, which requires a Tax Clearance Certificate to be issued by the BRA in order to complete these processes.

In a statement issued today, Mr. Sinckler insisted that some stakeholders in the legal and banking fraternity had not given the system time to work, “purely on the grounds that they did not want it in the first place”. He said in his view they were finding every practical reason to object to it.

“It is rather unfortunate that some banks and some lawyers in Barbados are hell bent on frustrating government’s legitimate attempts to collect the tax revenue that is due to the State by their clients.

“First they said it was unconstitutional, then they said they were not clear about how the law would work, now they are claiming it is delaying transactions because the BRA cannot give Tax Clearance Certificates fast enough,” he stated.

The Finance Minister insisted that they were all excuses for non-cooperation with the Government generally, and the BRA specifically, as they seek to collect the tax revenue legally due to the State.

“It is nothing short of amazing that these very actors have at times in the past sought to defend and excuse the reason why it takes as long and costs clients as much as it does to complete their work in getting mortgage and other real estate transactions done, but now are apparently determined to hold an entire country to ransom because they do not wish to cooperate with Government to halt the chronic haemorrhaging of tax revenue in Barbados.

“It is unwarranted and sad, and especially so since I am suitably advised that the BRA and the Bankers Association had agreed to a sit down meeting next week prior to this action being sprung on it (the BRA) without notice,” Mr. Sinckler said.

The Finance Minister made it clear that the law would remain in place and the Government “will not be bullied into repealing it because some people believe it should not be”.

He stated that he was confident that any real or perceived challenges with the new system could and would be resolved “once reasonable people sit down and work through the issues”.