Barbados’ Recovery Plan Will Be Practical 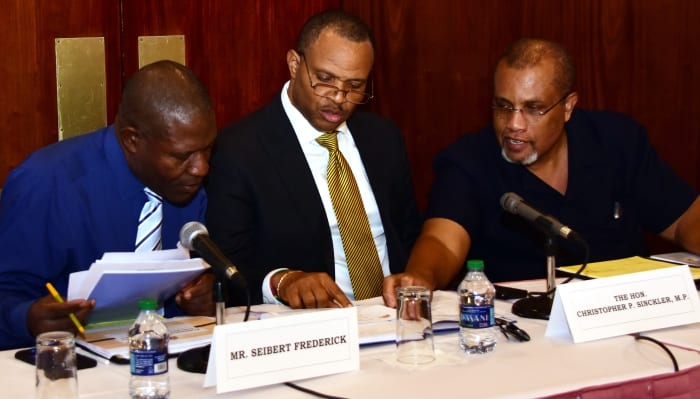 The Barbados Sustainable Recovery Plan 2017 will be “bold, practical and implementable”.

This disclosure came today from Minister of Finance, Christopher Sinckler, after he chaired a near four-hour meeting at the Grande Salle, Tom Adams Financial Centre, to discuss the draft plan which is currently being developed.

Mr. Sinckler told the Barbados Government Information Service: “A number of the suggestions are practical and they will cause some radical shifts in how we do business in Barbados across all sectors – social and economic.”

The Minister had promised in this year’s Financial Statement and Budgetary Proposals to begin the process for a Barbados sustainable recovery programme, which would cover the fiscal, growth and social sectors.

After the full Social Partnership meeting in August, three working groups with officials from public agencies and private sector stakeholders were established to cover the thematic areas of Fiscal Reform, Growth and Sustainability and Social Responsibility.

Those working groups met over the last few weeks and produced a draft report, which was sent to Cabinet. “Cabinet noted it and gave its concurrence for the process to continue and in finalisation of that document, we had the first technical meeting here today with the social partners,” he explained.

Describing today’s meeting as “excellent”, Mr. Sinckler said the contributions were frank, honest, open and critical. “Everybody seemed to have agreed that what has been produced so far is definitely a document that we can work with and now we look forward to the further intense work of pulling out the concrete implementable measures that will be taken by the Government going forward,” he stated. 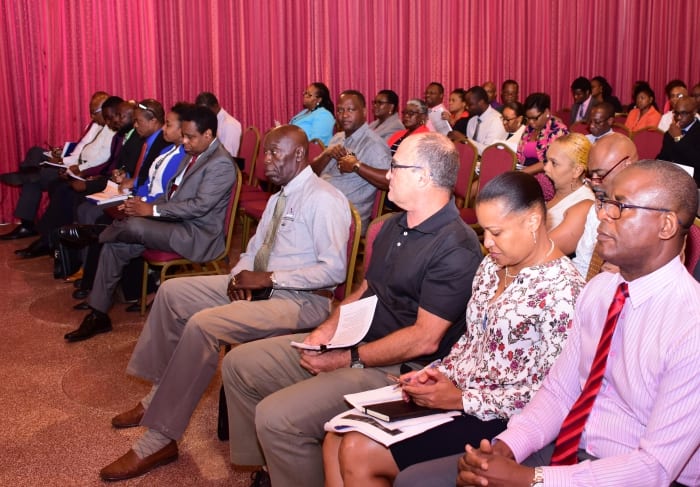 A section of the audience listening attentively during today’s discussion on Barbados’ Sustainable Recovery Plan 2017. (C.Pitt/BGIS)

Mr. Sinckler added that the three groups would now identify any loopholes or vacuums within the recommendations and a blueprint should be completed by early November. He stressed that the public would be given an opportunity to examine and comment on the final draft before it was taken to Parliament for debate.

Underscoring the importance of the recovery plan, he said: “This document is very critical because we have to have a road map; everybody is saying we need to have fiscal reform, a balanced budget, fiscal consolidation, debt reduction, economic growth, and so on. There are a lot of ideas out there, and the issue is how do you bring those in, and tighten them up into a solid, core implementable package over the short, medium and longer term.

“This is not going to be like a budgetary exercise where you have a budget and you pronounce a few measures. This is going to be the complete package that addresses all issues in debt, financing, fiscal, state-owned entities reform, doing business and implementation.”

Over 120 critical technical partners from the Social Partnership across the private sector, the labour movement and Government, as well as other national and regional institutions that work with Government, participated in today’s meeting.